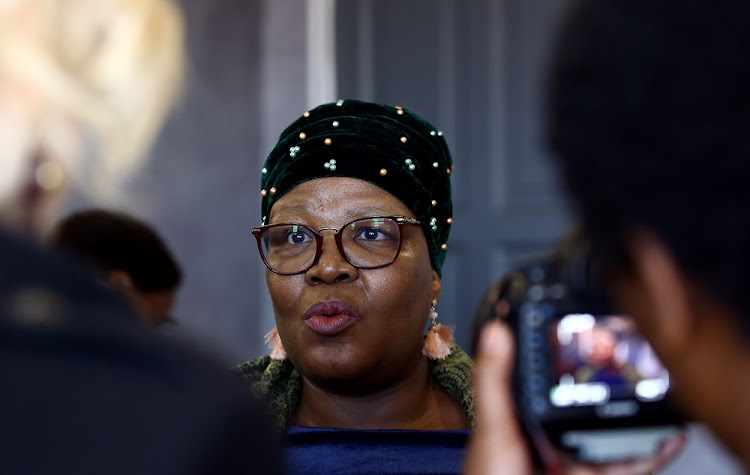 Former ANC MP Vytjie Mentor was back in the hot seat at the state capture inquiry on Tuesday.
Image: Masi Losi

Through her lawyers, Kaunda, who previously served as Zuma’s aide, denied that she called Mentor in October 2010 to arrange a meeting between her and Zuma.

Kaunda’s lawyer, Henry Cowley, cross-examined Mentor at the state capture inquiry on Tuesday. He referred to statements Mentor made to the commission as well as to former public protector Thuli Madonsela during her state capture investigation.

Vytjie Mentor accuses state capture inquiry of being biased against her

Former ANC MP Vytjie Mentor has accused members of the state capture inquiry's legal team of being biased against her evidence.
Politics
2 years ago

Cowley told the commission that Kaunda did not make contact with Mentor in October 2010.

Mentor previously testified that she got a call from Kaunda to inform her that her request for a meeting with the president – which Mentor had been trying to arrange for some time to discuss pebble bed modular nuclear reactors – had been successful.

The next day, Mentor claims, she was flown to Johannesburg and escorted by Rajesh Gupta to the family’s Sahara Computers office, where she met his oldest brother, Ajay.

Mentor said she was then taken to the family’s luxury residence in Saxonwold, where she was offered the position of public enterprises minister.

Mentor has since changed her testimony, claiming that the call from Kaunda may have taken place in September 2010. She told Cowley that she had only ever communicated with Kaunda via SMS before Kaunda allegedly called her to arrange the meeting with Zuma.

However, Cowley pointed out that she previously told the public protector that Kaunda “called me one Sunday even before I called her”.

Cowley also alluded to call records from Kaunda’s official cellphone for October 2010, which show that no call was made to Mentor.

Vytjie Mentor received backlash after investigators revealed her previous testimony did not add up. Here's what happened.
News
2 years ago

Not everything appears to be adding up for former ANC MP Vytjie Mentor at the commission of inquiry into state capture.
Politics
2 years ago

Former ANC MP Vytjie Mentor has admitted that the man Duduzane Zuma allegedly introduced her to on a controversial flight to Dubai may not have been ...
Politics
2 years ago