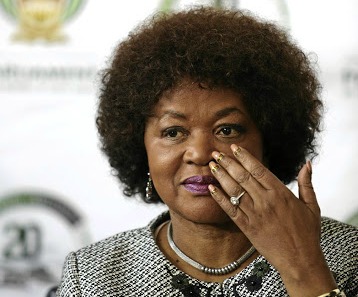 Baleka Mbete has turned down a DA request for parliament to be reconvened.
Image: Ruvan Boshoff

National Assembly Speaker Baleka Mbete has declined the DA's request to reconvene parliament so that it can establish an ad hoc committee to deal with the energy crisis.

In a statement issued on Tuesday, parliament said Mbete agreed the prevailing energy crisis was a very serious matter for the nation. “However, existing portfolio committees were empowered to deal with the issues at Eskom. These included the portfolio committee on public enterprises, which conducted an extensive inquiry on Eskom in 2018.”

Mbete said the relevant committees could, therefore, take up the matter if needed and there was no need for the National Assembly to be reconvened at this point. “Even if an ad hoc committee was required, such would not require the house to reconvene,” said the Speaker.

Although the National Assembly had risen on March 20 and stands dissolved, it remained competent to function in terms of the constitution, said Mbete.

DA wants parliament to reconvene and deal with the electricity crisis

The DA wants parliament to reconvene to urgently establish an ad hoc committee to deal with the country's energy crisis.
Politics
2 years ago

In the letter, Steenhuisen explained that he was making the call for parliament to remain in session “in light of Eskom entering Stage 4 load-shedding which has already cost the South African economy an estimated R12 billion in three days and is placing an extensive burden on the economy”.

He proposed that the ad hoc committee be made up of MPs from the National Assembly's portfolio committees on energy, public enterprises and trade and industry.

Rotational power cuts to municipalities have been suspended for this week, but electricity supply remains tight, says Eskom.
News
2 years ago

On Monday morning, DA leader Mmusi Maimane, addressing journalists at the party's headquarters in Johannesburg, said the Eskom crisis was no longer the baby of the ANC-led government, but that of the entire country.

"I would like to request that parliament be reconvened urgently. Even though parliament has risen we must reconvene for the sole purpose which is to establish an ad hoc committee consisting of portfolio committees in public enterprise, energy and trade and industry.

"That ad hoc committee must do a number of things, but crucially it must begin by passing the cheaper energy bill, which will seek to break up Eskom into two separate entities, one for supply and the other for distribution.

"This is important because the distribution component ought to face competition where municipalities are able to purchase energy directly, they can be able to do so and this is vital if we are going to avert this crisis that is looming for the people of South Africa,” said Maimane.

Blow out the candles: No load-shedding this week

Eskom is anticipating no load-shedding for this week.
News
2 years ago

Eskom said no load-shedding this week, but some will still not have power

A load-shedding free week for most parts of the country.
News
2 years ago

An attempt to halt Eskom's deals with independent power producers has failed.
News
2 years ago

Themba Robin Behrens's video on how to best deal with load-shedding is trending on Facebook.
News
2 years ago