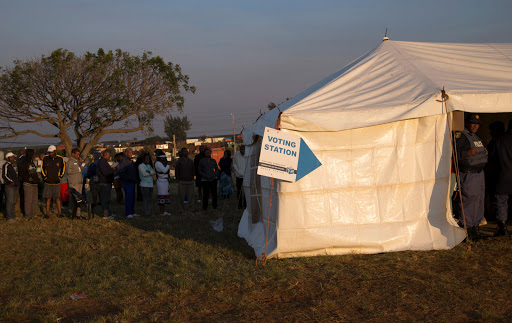 The long running political soap opera unfolding in Westminster over a decision taken two years ago in a referendum to leave the European Union has been the top running news story for months on end. The UK finds itself at an impasse, with members of parliament unable to decide how to proceed.

The crisis has raised fundamental questions about the country’s democracy. The biggest is whether the two-party system is now dead on its feet.

This question is pertinent in the UK, as well for other countries, including South Africa where voters will go to the polls on 8 May.

South Africans may enjoy seeing the imperial lion becoming increasingly decrepit. Yet it has few reasons for feeling smug. Like the UK, questions continue to be asked about whether South Africa’s particular proportional representation system is fit for purpose.

Under the system – designed to ensure inclusivity in the run up to the first democratic elections in 1994 – voters vote for party lists selected by the parties . As a result, members of parliament are wholly accountable to their parties, minimally accountable to the voters. Lack of accountability results in the arrogance of power for which the African National Congress has become increasingly notorious.

'It was difficult to campaign for the ANC under Zuma': Thabo Mbeki

Former president Thabo Mbeki has admitted that it was difficult for him to campaign for the ANC under his successor Jacob Zuma's administration.
Politics
2 years ago

South Africa should be alive to the reality that the failure of electoral systems to produce parliaments that adequately represent opinions on the ground can have disturbing consequences. One is the rise in right-wing populism being seen in a number of countries across the world.

British MPs have deserted both the Labour and Conservative parties to form the centrist Change UK party. This has increased the number of small parties which now congregate on the opposition benches, reinforcing the widespread view that the traditional support bases of the two major parties is splintering.

If, as is widely thought, an early election is called, there is no guarantee that it will not result in yet another hung parliament, in which no single party will secure a majority. Minority or coalition government may have arrived as a recurrent feature in a political system wherein politicians are more accustomed to adversarial politics.

Historically, the argument in favour of a first-past-the-post electoral system was that it produced governments with workable majorities in parliament, even though governing parties are regularly elected by considerably less than a majority of the voting electorate.

Today, the system in Britain is no longer guaranteed to result in governing parties having a working majority of MPs. Conservative leader David Cameron had to forge a coalition with the Liberal Democrats in order to form a majority government after the election of 2010.

The quandry of coalitions

During the process of negotiation which preceded the transition to democracy, it was considered necessary to ensure that minority opinions should find voice in parliament, rather than being excluded. This, regardless whether they expressed interests of race, ethnicity, religion, region or ideology.

EFF leader Julius Malema says his party will consider coalition talks with the ANC after the general elections next month - but not with the DA.
Politics
2 years ago

The country has avoided the complications of a national coalition government so far because the African National Congress (ANC) has consistently been elected with a majority of MPs. The results since 1994 have shown the party never getting less than 60% of the vote.

It’s probable that the ANC will secure another majority in parliament in the forthcoming election poll.

Yet if it does, it’s likely to have been elected by a smaller proportion of eligible voters than it was in 2014. Then it was elected by just 35% of the potential electorate. Large numbers of potential voters fail to register in the country.

Furthermore, each election brings predictions – which one day will be realised – that the ANC will fail to win an election at national level and will be forced to govern in coalitionwith a smaller party. Even in this year’s election, it is more than a little possible that the ANC might have to form coalitions if it wants to hang onto power in certain provinces. The most likely is the country’s economic hub, Gauteng. The ANC has already had to form coalitions for three big metropoles after local government elections in 2016 – Nelson Mandela Bay, Tshwane and Johannesburg.

Many would welcome the ANC being forced into coalition. This is because the monopoly of power the party’s enjoyed since 1994 has resulted in a lack of accountability.

This lack of accountability is hard-baked into the way the country’s electoral system is set up.

The disproportionate power of parties

Not surprisingly, there are constant calls for the electoral system to be reformed. The most widely touted solution, favoured even from within some quarters of the ANC, is for members of parliament to be elected from multi-member constituencies. This was recommended in 2002 by a commission set up to review the country’s electoral system. But the commission’s recommendations were turned down by the ANC.

Notionally, the proposed change would have required MPs to look downwards to their constituents as well as upwards to their party bosses.

South Africa is, once again, experiencing, a massively high level of social protest. This shows that popular support for the country’s political system is steadily eroding.