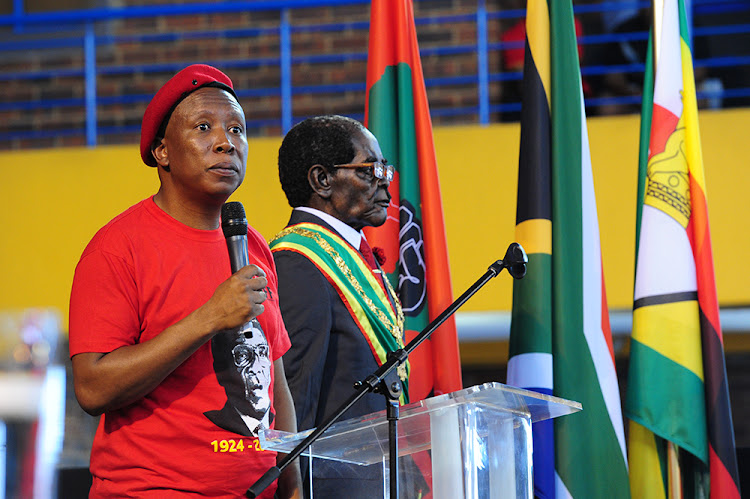 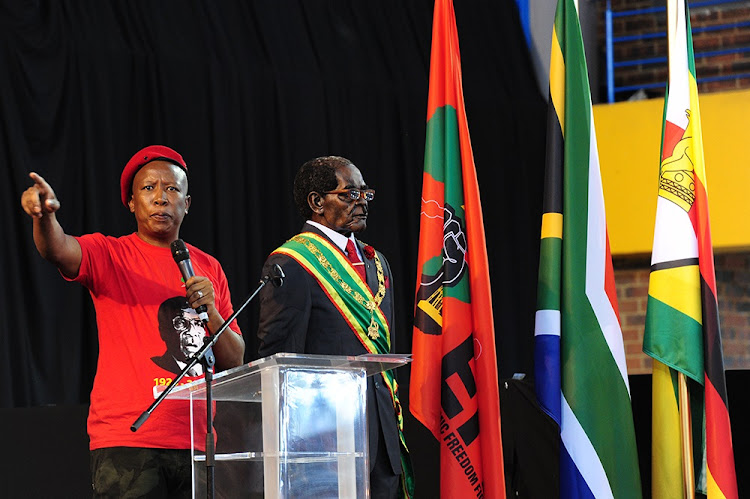 "They can keep their De Klerk, and we will keep our Mugabe."

This was the dominant message from EFF leader Julius Malema during a memorial service for the former Zimbabwean leader held by the party in Soweto on Thursday.

Malema said the legacy of Zimbabwe's founding father was that of an anti-colonialist and an anti-imperialist who refused to bend the knee when faced with harsh consequences - and that his legacy must be celebrated.

"Many want to tell us not to celebrate President Mugabe, that we must speak badly of him, even in his death. There are imperialists and racists today who want their heroes to be our heroes, and their enemies to be our enemies," Malema said.

These people, Malema said, were the same people who celebrated "murderers like FW De Klerk by giving them Nobel Peace prizes".

"It is these people who name our streets, our schools after racists like Verwoerd and Malan... it is these racists who own our land and control our economy, who want to dictate to us who we must celebrate," said Malema.

His leadership forced millions of Zimbabweans out of the country which was crippled by hyperinflation and shortages of food, medicine and fuel.

However, Malema put the blame for Zimbabwe's economic collapse squarely on "imperialists" whom he said orchestrated the country's downfall through sanctions.

"We challenge imperialism, lift those sanctions and let's see if black people will never run their own economies successfully.

"Let the black Zimbabweans fail on their own without imperialist sanctions. We want the sanctions in Zimbabwe done away with."

He said Mugabe represented a hope that one could stand against an oppressor and live to tell a story of liberating one's own people.

Malema said Mugabe was "sold out" by his Southern Africa Development Community (SADC) counterparts who refused to heed his call for expropriation of land without compensation and provided safe haven for racist white Zimbabweans, whom he referred to as Rhodesians, the colonial name for Zimbabwe.

"They failed Mugabe by refusing to join his fight for land," Malema said.

He called on South Africans to stop xenophobic violence against Zimbabweans and other Africans, and immediately cease calling them foreigners.

"You are also foreigners here because you do not own the country. You are visitors because you are marching from hostels beating up people that they must leave South Africa, yet you rent in a hostel where you can also be chased out.

"You are defending a white man's property, this South Africa is owned by the white man.

"Stop hating your future employers, you are exploiting the people who are going to share the land with you," Malema said.

Here’s a lesson for Mugabe acolytes: His education reforms are a myth

South Africans struggle with holding two thoughts in our heads at the same time – that a liberation hero could also be a murderous tyrant.
News
2 years ago