From building a capable state to doing away with poverty: five takes from President Cyril Ramaphosa 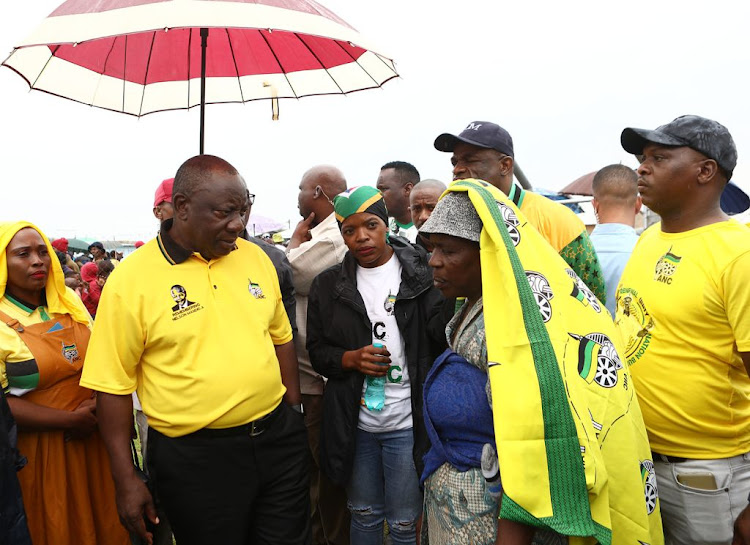 ANC leader President Cyril Ramaphosa has revealed the party's plans for the next 12 months.

Ramaphosa said the party aimed to prioritise the building of a capable state, a united society and eradicating poverty.

He was addressing hundreds of people who attended the ANC's 108th birthday celebration at the Tafel Lager Park Stadium in Kimberley, in the Northern Cape, at the weekend.

Here are five takes from his address:

Building a capable state that serves all the people

“South Africans must be proud that we have consistently held free and fair elections since 1994, and that these elections continue to reflect the will of the people.

“We should actively defend and encourage citizens performing their civic duties, such as taking part in elections and other forms of participatory democracy, community building and development. An active citizenry is vital for our country to succeed.”

Building a united and cohesive society

“We must work with greater effort to bridge the divides between South Africans, whether economic, social, political or cultural. We must also work to end all forms of racism, sexism, tribalism and chauvinism.

“To build a united society requires that we recognise the injustices of the past and agree on the tasks we must undertake to achieve proper redress. It means that we must recognise the equal right of all South Africans to share in this country’s wealth and its land, and work to realise this right.”

“The most direct and effective way to reduce inequality is to create employment and economic opportunities, particularly for young people and women. We reiterate that the creation of jobs is at the centre of our economic agenda and it must remain the central priority for 2020.

“We will build on the progress made in enhancing our industrial strategy, developing, financing and implementing master plans in sectors with great potential for growth, unlocking the potential of small business, co-operatives and the township economy, and increasing competitiveness.”

“The struggle to return the land of this country to all the people of South Africa remains a historical and economic imperative. More than a century after its enactment, the Natives’ Land Act continues to define much of the landscape of our country.

“The amended Competition Act will be used to defend small businesses and consumers by acting strongly against greedy and unscrupulous companies.”

President Cyril Ramaphosa came face to face with the derelict state of Kimberley this week and the glaring failures of local government.
News
2 years ago

Crowds trickle into Kimberley stadium ahead of Ramaphosa's January 8 statement

Before 9am on Saturday, crowds began trickling into the Tafel Lager Park stadium in Kimberley where President Cyril Ramaphosa is expected to deliver ...
Politics
2 years ago

Corruption, lack of integrity and internal divisions are some of the concerns raised as the ANC celebrates its 108th birthday
Politics
2 years ago