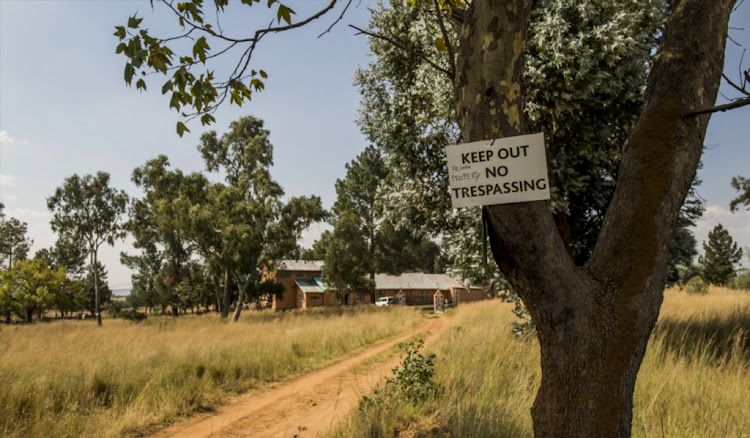 An area in Blue Hills, Gauteng, where land grabs took place in 2018. The proposed bill seeks to amend section 25 of the constitution to provide for expropriation of land without compensation.
Image: Gallo Images / Rapport / Deon Raath

The deadline to make written submissions on the Draft Constitution Eighteenth Amendment Bill has been extended by a month to the end of February.

The bill seeks to amend section 25 of the constitution to provide for expropriation of land without compensation.

The proposal to extend the deadline came from DA and EFF MPs after Mathole Motshekga, chair of the ad hoc committee drafting the proposed bill, announced at a meeting on Thursday that he had been approached during the parliamentary recess to extend the deadline because people did not have time to consult or consider the bill during the festive season. He did not say who had approached him.

The bill was published at the beginning of December with Friday January 31 as the deadline for the public to make written submissions.

Opposition parties had warned the ad hoc committee at its last meeting in December that publishing the bill for public comment over the holiday season may prejudice people who were on holiday.

Expropriation without compensation 'will happen in Northern Cape', says Ramaphosa

Expropriation of land without compensation will be implemented in the Northern Cape to revamp and reform the agricultural sector, says President ...
Politics
2 years ago

With the extension of the deadline, the committee will now request the National Assembly to extend its lifespan by another month to complete the process of drafting the proposed bill. The ad hoc committee had until March 31 to report back to the House with a new bill but will now seek a month-long extension.

MPs also heard that more than 140,000 e-mailed submissions had been received by the committee. The issue came up amid accusations that parliament's IT system was rejecting submissions opposed to the amendment of the constitution.

Parliament's acting chief information officer Fatima Boltman explained that their preliminary investigation into accusations that parliament was blocking some e-mails, showed that in the last three days 46 e-mails were blocked based on general security measures that parliament had on incoming mail which may have viruses or malware. The system was not blocking specific e-mails.

The NGO had apparently received numerous messages from South Africans that e-mails have bounced back from parliament with a message saying, “returned because of unacceptable content”.

The ANC is proposing a dramatic change to a constitutional amendment allowing expropriation of land without compensation.
News
2 years ago

MPs were assured by staff that the content of the “rejected” e-mails would be captured and considered when the committee considers other submissions.

Motshekga said people had apparently read the ANC proposal as what had been accepted by parliament.

“Nobody should think that this committee is giving preferential treatment to any political party. We have repeatedly said all political parties, however small, will make their proposals and their proposals will be given equal weight to all other proposals including those which come from the governing party or official opposition,” he said, adding that all proposals would be considered on their merits.