Apartheid was a crime against humanity, and denying it is treason: Ramaphosa 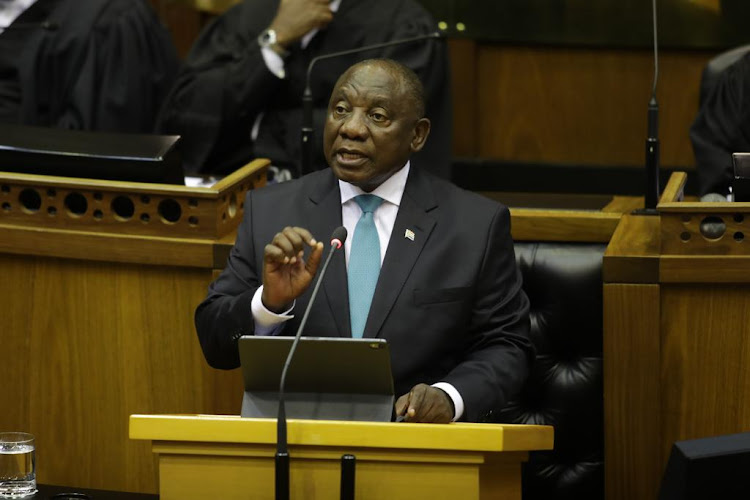 President Cyril Ramaphosa responded to the state of the nation debate in parliament on Thursday.
Image: Esa Alexander/Sunday Times

Downplaying the devastating impact of apartheid is “treasonous”.

This is according to President Cyril Ramaphosa, who reflected on the raging debate over apartheid — and whether or not it was a crime against humanity — while responding on Thursday to the two-day parliamentary debate on his state of the nation address.

“It cannot be gainsaid that apartheid was inherently a crime against humanity. It was a crime against the oppressed people of SA, even before it was so declared by the United Nations in 1973,” he said.

Former president FW de Klerk has been on the receiving end of criticism after his controversial remarks on apartheid, and his initial denial that it ...
News
1 year ago

The issue was thrust into the spotlight during the state of the nation address last Thursday when, just as Ramaphosa was about to deliver the speech, EFF leader Julius Malema objected to former president FW de Klerk being present in parliament.

Malema said De Klerk had “blood on his hands”, and was scathing of his stance that apartheid was not a crime against humanity.

Ramaphosa said the UN, the family of nations made up of people from all over the world, could never have been hoodwinked or deceived or influenced by anyone. But “they knew as they looked at this country that this was a country where a great crime was being committed against the people”.

“So apartheid was so immoral in its conception and so devastating in its execution that there is no South African living today who is not touched by its legacy. I would even go to say that to deny this, in my view, is treasonous,” he said, to applause.

Ramaphosa said MPs had a responsibility to be committed to building a society that stands as the antithesis of the inhumanity of the past, and to build a genuinely non-racial society in which all South Africans had an equal claim to rights, to citizenship and to the wealth of the country.

“For us, nonracialism is not the product of our negotiated transition. It is a fundamental and immutable principle that defines the character of our democratic nation,” he said.

De Klerk was forced to apologise earlier this week and retract a statement issued by his foundation, in which it claimed that the idea that apartheid was “a crime against humanity” was, and remains, an “agitprop” project initiated by the Soviets and their ANC/SACP allies to stigmatise white South Africans by associating them with genuine crimes against humanity which have generally included totalitarian repression and the slaughter of millions of people.

Three protesters gathered outside the FW de Klerk Foundation in Cape Town on Wednesday demanding that the last apartheid president “apologise for ...
News
1 year ago

The ANC has called for parliament to stop inviting former apartheid president FW de Klerk to events, amid controversy surrounding him
Politics
1 year ago

FW de Klerk has apologised for a statement on Friday in which his foundation justified its stance that apartheid was not a crime against humanity.
News
1 year ago
Next Article