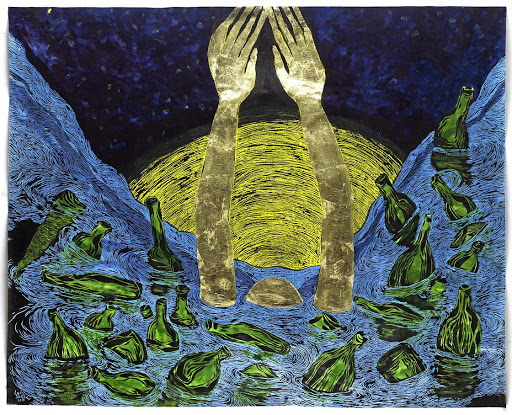 Many people in the sports sector and in the arts and culture industry are desperate for financial assistance during the lockdown.
Image: Supplied

Sport, arts and culture minister Nathi Mthethwa has expressed concern that many artists, athletes and technical personnel who applied to get a slice of the R150m relief fund did not succeed.

Mthethwa was on Monday detailing how far the department had gone in helping the sector during the lockdown.

In the sports sector, 300 applications had been received by April 23, of which  93 were successful by the following day and payments were processed.

The amount for which each athlete or artist qualifies has been capped at R20,000, he said.

"The number of people who were not recommended is huge, and we are concerned that a such a huge number did not succeed," said Mthethwa.

"These applications come from historically disadvantaged communities, and it is people who desperately need this assistance.

"At the same time, through the adjudication panel, we have to do due diligence to ensure  we adhere to the agreed upon criteria, but we are really concerned."

Mthethwa detailed the reasons for the applications that were turned down. These ranged from incomplete application forms to lack of evidence that proved cancellation of planned shows or appearances that did not happen owing to lockdown and leading to loss of income.

Mthethwa said these were important determining factors for whether or not one gets the nod for funding.

He said: "Remember in arts and culture we said we are going for those who have had their events cancelled. We were specially concerned when the adjudication panel raised reasons for people not to access this funding.

"One of those was that the time for application was narrow so some people may have missed the opportunity. Also, because of the lockdown, some people have not been able to access information and communications technology so they could not apply on time to get assistance."

Mthethwa said it was easier to approve funding for athletes because they applied via sports federations, while the challenge for artists was that they were applying as individuals.

He said a new window for applications was being considered to ensure that as many people as possible received help.

Regarding the return of professional soccer matches behind closed doors, Mthethwa said he was waiting for suggestions from the SA Football Association (Safa) and the Professional Soccer League (PSL).

To this end, he had met with PSL chairman Irvin Khoza and Kaizer Chiefs chairman Kaizer Motaung.

The final determination, he said, would be made later in the week as the PSL board of governors was meeting on Thursday.

The Department of Sport has confirmed that over 90 athletes from a variety of sporting codes who were impacted by the outbreak of the coronavirus ...
Sport
2 years ago

Calls for Reserve Bank to do more as Covid-19 bites

Pressure is mounting on the South African Reserve Bank (SARB) to do more to save the economy from the effects of Covid-19, with deputy finance ...
News
2 years ago

For business owner Lucy Markewicz, sending her nine staff to join the unemployment line - knowing that many were breadwinners with no safety net - ...
News
2 years ago