Lockdown takes a scythe to businesses and their employees 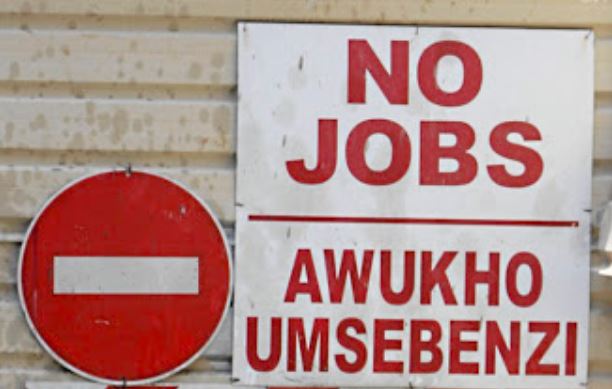 Economist Mike Schussler said unemployment could soar past 50% due to the effects of Covid-19 on the economy.
Image: Gallo Images

For business owner Lucy Markewicz, sending her nine staff to join the unemployment line - knowing that many were breadwinners with no safety net - was a task she wouldn't wish on her worst enemy.

Her business, an interlinked operation of a boutique bakery, a catering business and venue for hire in Durban, folded last week.

"It's devastating having to lay off people who had become like family… but we did everything we could, the business could not survive the lockdown," she said.

"I have staff members with no family support systems, some who have moved from business to business with me since 2013."

As many as 7-million South Africans could join the ranks of the jobless if large swathes of the economy remain shut until the end of the year, with ...
News
2 years ago

Markewicz's staff are casualties in a jobs bloodbath that is set to see the unemployment rate soar, with millions of jobs on the line as SA sinks into probable economic depression.

The Covid-19 pandemic, which has decimated the global economy, has seen two ratings downgrades and disruption of the fiscus, with GDP expected to contract 10%.

The result, said South African Chamber of Commerce and Industry CEO Alan Mukoki, warns that jobs would be sacrificed so businesses could stay afloat.

"Employers have cash-flow problems. Some lucky businesses will make it through this, but it will be at the cost of their workforce."

Mukoki said "the prospect of having the unemployment rate climb to 50% is not out of line".

"What we are seeing is that businesses will not borrow money and get into debt to pay staff when they can simply be laid off and made the burden of the Unemployment Insurance Fund," he said.

"Most staff are not indispensable so you can get rid of them and maintain the business when it needs to be reactivated in six months' time, or whenever the economy can reopen properly."

Estimates by economists of how much the lockdown has cost the economy were a "thumb-suck", according to trade & industry minister Ebrahim Patel. He ...
News
2 years ago

On Thursday, magazine publisher Associated Media, whose titles include Cosmopolitan, announced it was closing as a result of the pandemic, leaving 67 staff jobless.

CEO Julia Raphaely said letting her staff go was one of the hardest things she'd ever had to do, and that the pandemic had plunged a dagger into the heart of the business, a 38-year-old legacy started by her mother.

Retailer Edcon filed an application for business rescue this week, placing the livelihoods of 34,000 temporary and permanent employees on the chopping block.

Restaurants Association of SA CEO Wendy Alberts said the industry had been one of the hardest hit by the lockdown.

"I look at restaurants opening in level 4 and it's financial suicide to attempt what they are doing, but they are just trying to get back at it so they can pay their staff," Alberts said.

The first wave of lockdown job cuts follows a flood of retrenchments earlier in the year caused by an economy that was struggling even before Covid-19 hit.

By February, a collective 9,000 job cuts had been announced by once-formidable companies such as ArcelorMittal SA, Samancor, Glencore, Massmart, Telkom, Sibanye and pharmaceutical giant Aspen.

Economist Mike Schussler said unemployment could soar past 50% if the economy contracted as dramatically as in the US, where 30-million people have filed for unemployment relief.

"The last time we had this decline in the world economy [in 2008] SA lost 1.3-million jobs in 18 months. We will lose more now; we already believe that the recession will be a lot deeper than that one," he said.

The number of layoffs - where employees have been sent home on unpaid leave - has been devastating, said labour economist Andrew Levy.

He said economic activity would resume only slowly with the easing of the lockdown.

"When things come back to normal, which I don't see any time this year, we're going to have a situation where a lot of people have been out of work for a long time."

Some job losses would be permanent as employers realised that they could run their businesses with far fewer employees, said Levy.

"A great deal of employment comes from smaller businesses. It's going to have a devastating effect. I would not be surprised to see unemployment go up to 33% or 35%."

Cosatu calls for moratorium on retrenchments

Cosatu president Zingiswa Losi has called on government to impose a moratorium on retrenchments in the private businesses it bails out during the ...
Politics
2 years ago

Coronavirus pandemic brings hardship for many on Workers Day

For the first time in decades, the bulk of the working class in South Africa celebrated  Workers Day behind closed doors at home due to the ...
News
2 years ago

Qualifying applicants will receive R350 per month over the next six months, from May until October.
News
2 years ago