'I wish I was a madam Venter': Dudu Myeni goes on state capture offensive

'I am guilty by association to Jacob Zuma' 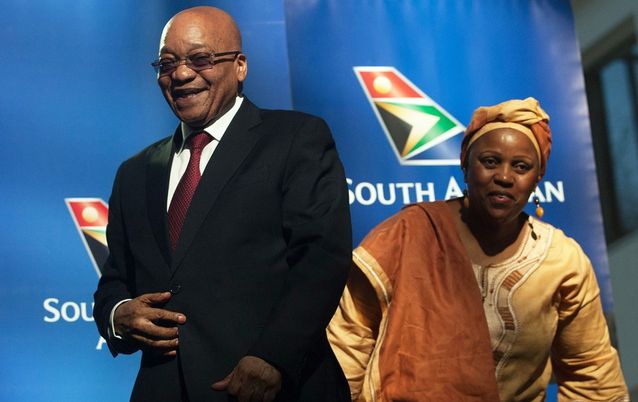 Former SAA chairperson Dudu Myeni told the Zondo commission on Thursday she was being criminalised because she was a strong black woman who happened to be associated with former president Jacob Zuma.

Myeni complained that the state capture commission was a platform used to “hunt” all those associated with Zuma.

According to Myeni, she had never stolen a cent from the public coffers and did not understand being called to testify before a commission investigating corruption, fraud and state capture.

Former SAA chair Dudu Myeni gave an impassioned speech on November 5 2020 at the state capture inquiry saying she is being hunted because of her association with former president Jacob Zuma. Myeni also said it is because she is a woman of colour that she is being accused of corruption during her tenure at South African Airways.

Had she been a white woman and not a chairperson of the JG Zuma Foundation, she added, she would be living in peace without being hounded by the commission.

“Your investigators, together with the evidence leaders, may be doing something you are not aware of chairperson,” said Myeni.

“I feel there is a certain factional group that is being hunted. I am not guilty of anything but I am guilty by association of Jacob Zuma.

“In my journey as a successful and award-winning businesswoman, there has never been any black spot in my leadership style, but there has been so much political conspiracy theories about me - yet I am not a politician, I am a solid businesswoman,” said Myeni.

“There is a belief that if you are black you are a criminal and a belief that a certain faction in society that is associated with [former] president Zuma is corrupt.

“I wish I was a madam Venter, because by virtue of colour I would not be presumed guilty to prove my innocence. I am here as an innocent person.”

‘In case I incriminate myself’: how Dudu Myeni ducked Zondo probes

For most of Wednesday afternoon, the ex-SAA chair and ally of Jacob Zuma gave a series of non-answers
Politics
1 year ago