'Strong and decisive action must follow': DA slams ANC for being 'scared' of Julius Malema 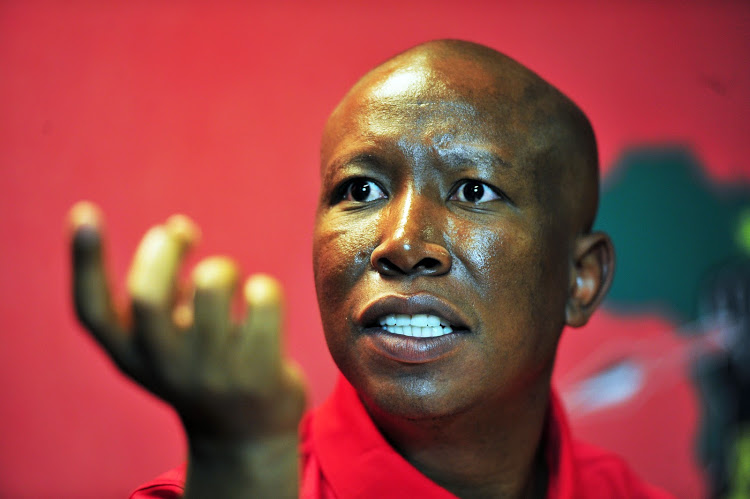 EFF leader Julius Malema made inflammatory comments about members of the police, saying he was not scared of them.
Image: Gallo Images / City Press / Leon Sadiki

Malema sparked outrage and fierce debate this week after he told EFF supporters in Mohokare, Free State, on Sunday that “if SA police want a fight, they must declare it. We will treat them the same way we treated them in the 80s, we will not only fight them at the picket lines, but we will also go to their homes and fight them in their own houses with their own families.”

On Monday, Cele expressed anger at Malema's statements. He said EFF leader had “crossed the line” and that his threats would not be taken lightly. In a second statement, issued on Wednesday, Cele reiterated that there would be consequences for anyone who acted on the threats against police officers or their family members.

Cele said he wanted to remind the EFF that all police officers remained accountable to the laws of the country, and any alleged wrongdoing by officers would be investigated by the Independent Police Investigative Directorate (Ipid).

'Threats to police won't be tolerated': Cele continues war of words with Malema

The war of words raging between police minister Bheki Cele and the EFF continues.
Politics
1 year ago

However, Whitfield believed that the statements were not enough to defuse the situation.

He said Cele's condemnation of Malema’s comments ring hollow if not followed by decisive action.

“Strong and decisive action must follow to reassure our men and women in blue and their families that their minister is on their side not the side of the EFF and their leader. It has been more than 48 hours since Malema issued his threat and the minister has done nothing,” said Whitfield.

Whitfield said the ANC government appeared terrified to act against Malema, despite “numerous incidents of incitement, threats and violent rhetoric towards citizens, businesses and now the state”.

“Minister Cele must convert his words into action and lay charges against Malema, if he is afraid to do so, the DA will,” said Whitfield.

“We cannot stand by and allow the hard-working members of the SAPS and their families to be threatened in this manner. Our policemen and policewomen deserve better.”

Union 'inundated' as police complain about 'threats' by Julius Malema