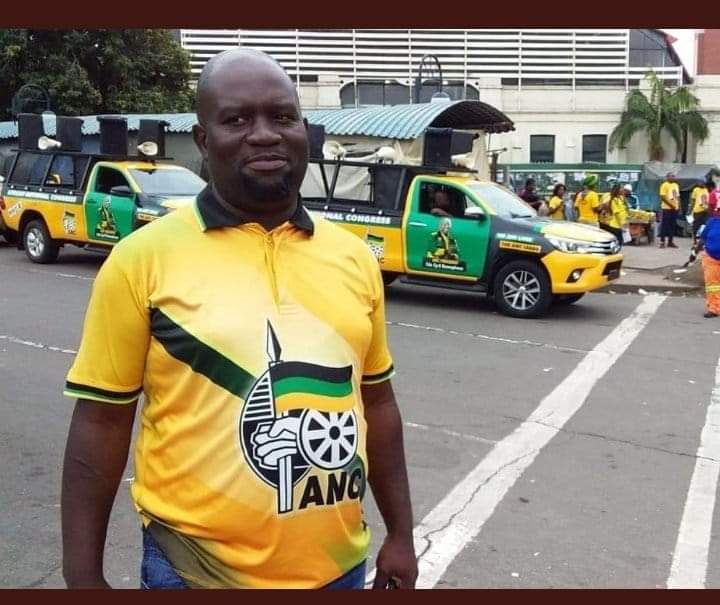 Sduduzo Magwaza was shot at his home in Cornubia and later died in hospital.
Image: Facebook

One of former eThekwini mayor Zandile Gumede’s campaign co-ordinators was shot in Durban on Tuesday night and died in the early hours of Wednesday in a Durban hospital.

Sduduzo Magwaza, a staunch supporter of Gumede and long-time Jacob Zuma loyalist, is understood to have succumbed to his gunshot wounds.

While details are sketchy and police are yet to comment, those close to Magwaza told TimesLIVE he was shot by unknown men who attacked him at his home in Cornubia.

He had apparently just arrived home from a meeting.

Despite being a supporter  of a particular faction of the ANC, many party members and leaders who spoke to TimesLIVE described Magwaza as “a good comrade”.

“He had a good relationship with all comrades, even when he differed with them. What we all loved about him was that he always knew where he stood and he really loved the ANC,” said a party leader.

A very sad in the Movement, indeed it is shocking to learn about the news of your departure. Always smiling and willing...

Mzomuhe Dube, who was close to Magwaza, said he last spoke to him on Tuesday.

“It is a mystery. He did not indicate to me that he suspected he was in any kind of danger,” Dube said.

Magwaza served in eThekwini ward 30 as a deputy secretary and secretary. At the time of his death he was based in Cornubia, where he was also active in ANC structures.

The ANC Youth League in eThekwini is mourning the killing of its leader, Kingdom Gcabashe, 29,
Politics
1 year ago

“Cde Magwaza, who was a deputy chairperson of the Gedley'hlekisa Zone, was shot by unknown assailants last night in Cornubia, north of Durban. He was rushed to hospital but unfortunately succumbed to his fatal injuries a short while later,” said acting ANC RTT regional co-ordinator in eThekwini Sibongile Khathi.

She said the ANC was deeply disturbed by the killing, once again, of a dedicated comrade and a young leader of the movement.

“Siduduzo Magwaza grew within the ranks of the ANCYL and later served as a member of the branch executive committee in ward 30 where he served as a BEC member and later branch deputy secretary of the ANC in ward 30.”

ANC councillor gunned down in KZN

KwaZulu-Natal ANC councillor Bhekithemba Phungula was shot dead on Tuesday, barely a month after two other party leaders were gunned down.
News
1 year ago

'Politically-motivated killings a threat to democracy': Salga on killing of municipal manager