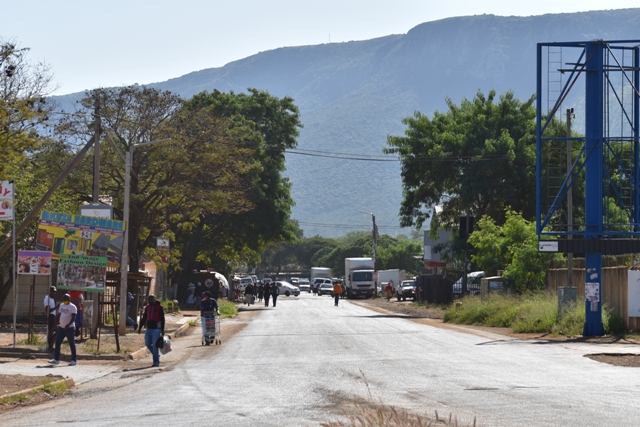 The Umkhanyakude district municipality in KwaZulu-Natal was placed under administration last month amid allegations of 'internal strife' and irregularities. File photo.
Image: supplied

The SA Communist Party (SACP) in the Far North district of KwaZulu-Natal has accused municipal officials of looting coffers to increase salaries, buy diesel for privately-owned trucks and even pay for VIP security for a councillor in the defunct Umkhanyakude district municipality.

In a press briefing on Tuesday, SACP district secretary Mazipho Ngubane refused to reveal the sources of the information he released. He said they were reliable and the reports from which he was quoting from had yet to be tabled before the municipal council.

The municipality was placed under administration last month amid allegations of "internal strife" and irregularities.

Among the SACP's allegations was the claim that the municipality was illegally using grants to pay salaries as it had lost R115m.

Ngubane said the salaries of 16 managers had allegedly been increased at the behest of a senior official.

He claimed a forensic report submitted and endorsed by the council resolved it was illegal, that the affected managers should return the money and that the salaries be readjusted.

'Corrupt rats and mice' must be booted out of the ANC, says Tito Mboweni

The finance minister suggested it was better to have a “few better” members than a lot of corrupt members.
Politics
9 months ago

Ngubane cited allegations contained in a report and called for the municipal administrator to ensure the forensic investigation report is "tabled before the council soon, made public and that all those implicated should be charged and prosecuted and that the taxpayer’s money be fully recovered".

He also called on the cooperative governance and traditional affairs MEC to finalise the report and make it public.

Ngubane alleged three officials allegedly stole more than R1.2m from the municipal coffers, claiming to be repairing a roof.

He alleged R14m earmarked for the Mkhuze water treatment works had gone missing while the project remains unfinished.

Umkhanyakude district municipal spokesperson Mdu Dlamini said the municipality had taken note of the allegations but could not respond.

"We can't say much as we know there are investigations continuing regarding irregularities. Unfortunately we cannot mention anything without the reports being tabled in council," he said.

"We will not preempt findings of these investigations. However, we will implement recommendations from these reports when they are tabled and lay criminal cases to fight corruption."

The eThekwini Municipality has only 27 days of cash in hand.
News
9 months ago

The Moses Mabhida branch of the SA Communist Party in KwaZulu-Natal has chastised the government for what it called “secrecy and uncertainty” on the ...
Politics
10 months ago

The SA Communist Party has called on its alliance partner, the ANC, to stop using important gatherings and conferences as factional battlegrounds.
Politics
10 months ago