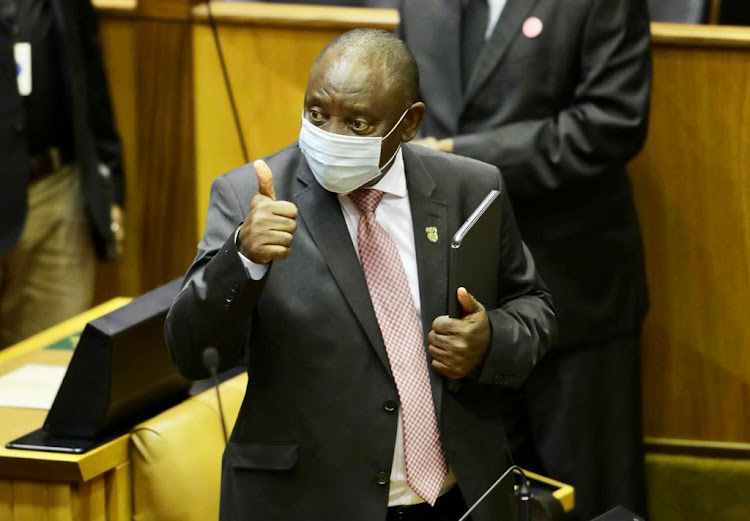 President Cyril Ramaphosa's name has been at the centre of conversation online, after former Eskom CEO Brian Molefe's return to the state capture inquiry.

On Tuesday, Molefe again took a jab at Ramaphosa, saying he hoped that the claims he made against him during his recap of his testimony earlier this year were not “swept under the carpet”.

Molefe, during his testimony in January and again on Tuesday, accused Ramaphosa of using his political power to assist mining multinational Glencore. He also claimed Ramaphosa was providing political protection to Optimum coal mine because he was a shareholder when he was deputy president of the ANC.

Molefe suggested that his allegations against Ramaphosa were being swept under the carpet during evidence leader advocate Pule Seleka’s recap of his evidence.

“Just as we are recapping, I just want to remind the chairperson that I made a statement making substantive allegations to the extent that Glencore had been trying to extort R8bn from Eskom and the current president had been made a shareholder in Optimum because Glencore and Optimum are the centre of what happened at Eskom,” said Molefe.

“I am saying this now because while we were recapping this was not mentioned. I hope that it is not being swept under the carpet and being forgotten conveniently.”

Deputy chief justice Raymond Zondo assured Molefe that the allegations against Ramaphosa had not been and would not be ignored.

“I am surprised that you think it may be swept under the carpet, because you said it publicly,” said Zondo.

“And you know that when a witness says something that implicates somebody, that person is given a copy of the statement to have a chance to respond. Your statement that you made was sent to people who were implicated in it, so there is nothing that is being swept under the carpet.”

On social media, many weighed in on Molefe's testimony.

Cyril Ramaphosa was Chair of Optimum coal & a BEE partner to Glencore via Shanduka in 2012 when Eskom was paying Billions for 'unjustifiable' coal contracts.

He was also in charge of Eskom 'war room' later.

So why was Ramaphosa not one of Zondo's first witnesses in 2019?

Zondo is acting as Ramaphosa's lawyer at the commission. WHY?

So is Cyril Ramaphosa just going to get away with everything and continue being president..? #StateCaptureCommission

The level of anxiety Zondo goes through each time Ramaphosa, Optimum and Glencore are mentioned, he even keeps quiet or asks Seleka to move to other questions

Zondo is realising, Cyril is at the centre of State Capture which was created for Zuma. He becomes uncomfortable pic.twitter.com/hdc8KrdTF7

Brian Molefe is right. Ramaphosa was a shareholder of Glencore via Shanduka he then sold his shares to his friend Phuthuma Nhleko (Pembani) when he ascended DP, technically he was bound to have conflict of interest on these #Eskom transactions.
ThumaMina must not irretate us!!

Brian Molefe,is spitting fire and Ramaphosa have been mentioned again

The bullet that was directed to President Ramaphosa by Brian molefe at the commission missed the point and when the heavy weight Ramaphosa shoot his bullet for sure Brian molefe will die , it will be game over for him .

Adv Seleka and Zondo: We need to move on to something else

Listen, Brian is not here to play pic.twitter.com/Ox4rcJEK5i

#StateCaptureInquiry Brian Molefe is coming closer to Ramaphosa matter and now Zondo says they must move faster. But izolo he had the whole day to discuss useless infoportal email. Is he afraid that Molefe is coming for Ramaphosa? 😂😂😂😂

Cyril Ramaphosa is implicated in very serious allegations of involvement in State Capture by Brian Molefe, step aside rule must be applied without fear or favour

The state capture inquiry has turned into something completely different to what it was intended for, according to former EFF national chairperson ...
Politics
1 year ago