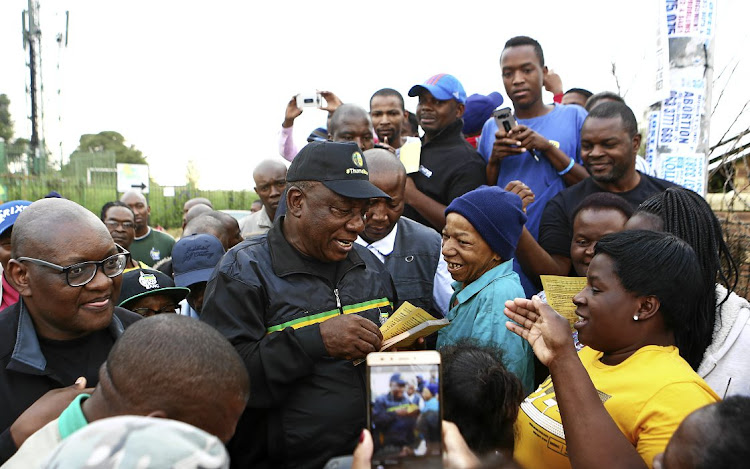 President Cyril Ramaphosa still strives to maintain a healthy lifestyle by walking briskly in the mornings. This is according to his acting spokesperson Tyrone Seale.

On Saturday, social media users woke up to a picture of the president taking his usual morning walk, with some saying they were inspired.

Several South Africans have bumped into Ramaphosa during their morning walks and runs, with some even snapping selfies with the president.

This time he was spotted by 5FM DJ Rob Forbes, who shared he had a chat with the president who was “12km into his 20km walk”.

In the picture, Ramaphosa can be seen wearing a face covering up to his nose - as is required during the Covid-19 pandemic - and a navy tracksuit and cap.

Nice to have a chat with the President @CyrilRamaphosa this morning. He's 12kms into his 20km walk today 💃💃💃 pic.twitter.com/QGnkiyrE6J

“The president believes all South Africans should adopt and maintain a healthy and active lifestyle. The president does this himself by walking briskly as often as he can, time and location permitting,” he said.

Responding to the picture, some praised Ramaphosa for leading by example. Others said more South Africans should adopt a habit of daily exercise to reduce lifestyle diseases.

If many South Africans can do this walks and morning runs, Mr. President we wouldn't have a problem of lifestyle diseases and over stretched health system. Stop the problem at source by insisting every development has walk-ways and parks

The President’s walk is longer than my daily run.... lead us Matamela...

Kudos President. A healthy mind in a healthy body👊🏿👊🏿

I saw him too on my run - was super cool to greet him. 20km walk - that’s impressive

Magufuli’s death was announced by his vice-president Samiah Suluhu Hassan on Wednesday after he was not seen in public for two weeks.
Politics
1 year ago

'This is a struggle for all of us far greater than ourselves. It is not a fight for our own piece of bread,' Ramaphosa said.
Politics
1 year ago

'We love you!': President Ramaphosa greeted by admirers while on Sunday stroll

The president was spotted on a morning walk in Rosebank.
News
2 years ago