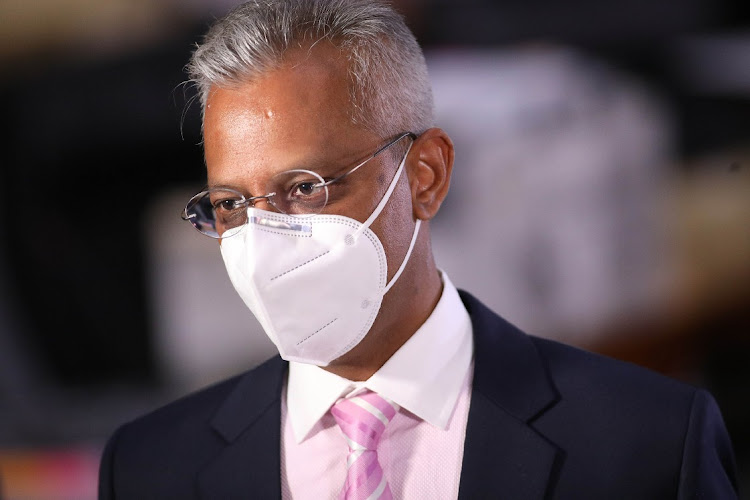 It was, however, a temporary victory as commission chairperson  deputy chief justice Raymond Zondo will have the final say on the matter once they have had sight of the commission's subpoena for the bank statements.

Singh stands accused, among other allegations, of having accepted gratification in the form of cash from the Gupta family in exchange for advancing their business interests in state-owned companies where he was finance boss — Transnet and Eskom.

Singh admits to visiting the home of the controversial family, albeit insisting  it was for religious events.

His connection with the Guptas was highlighted by testimony from his former driver who told the inquiry that Singh used to take money from their compound to store at the Knox Vault.

Despite his bank statements having been accessed by Fundudzi in a forensic investigation, Singh's legal counsel, advocate Anneline van den Heever, said the commission would be trampling on her client's rights if it questioned him about them on a public platform.

Inspector-general of intelligence Isaac Dintwe believes that a “parallel vetting structure” was established by the State Security Agency (SSA) to ...
Politics
1 year ago

Van den Heever protested that her argument should hold on the basis that Singh had not seen the bank subpoena the commission used to access his bank statements and was unsure if the statements disclosed to them were the full record.

Evidence leader advocate Anton Myburgh introduced the subject: “I want to move to the topic of your FNB salary account.”

Singh's counsel jumped in to interrupt, asking for the evidence to be “heard in camera”.

“We say this line of questioning is an infringement of our client's right to privacy under the constitution,” said Van den Heever, who asked to make further submissions to support the objection.

“He [Singh] was never informed that his bank statements were being subpoenaed and I do not believe there is a legal basis because there is nothing corrupt and untoward pertaining to these bank statements.”

Zondo called for an adjournment and upon resuming the hearing Singh's team  persisted with the argument, despite Myburgh suggesting the commission focus on the Fundudzi report and ignore the bank statements.

Said Zondo: “The commission is involved in an investigation of great public interest where there are allegations of corruption and certain people giving certain people large amounts of money to do wrong things and there is taxpayers' money involved.”

“We wish to see all bank statements ... We want to see exactly what was subpoenaed,” she said. “We say we be given an opportunity to look at the subpoena and make an informed decision.”

Zondo rested the questioning of Singh on his bank statements, saying he should be provided with the subpoena overnight and the matter would be picked up on Friday morning.

The former Transnet finance boss had double the number of deposit boxes he previously admitted to — and even upgraded their sizes.
Politics
1 year ago

Former Eskom CFO Anoj Singh may have been caught in a lie for claiming under oath that Eskom had a policy to pay subcontractors directly - even ...
News
1 year ago