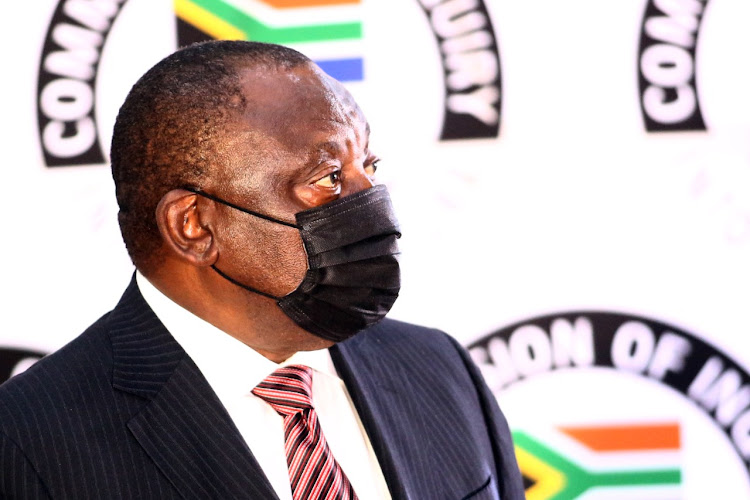 ANC president Cyril Ramaphosa on Wednesday admitted that party deployment was  sometimes taken advantage of to advance factionalism and careerism within ANC ranks.

Ramaphosa was grilled by the state capture inquiry on the ANC deployment policy and its relevance.

The president followed in the footsteps of ANC national chairperson Gwede Mantashe who recently told the commission that the policy was meant to advance the ANC's political mandate within the state.

He said the ANC did not appoint people in state entities but merely recommended them.

The party's deployment committee, said Ramaphosa, who chaired it between 2012 and 2017, was not in existence to circumvent processes of government and the state to appoint executives in SOEs.

Instead, charged Ramaphosa, the deployment committee of the governing party was merely a “recommendation committee” which recommends some of its members to apply for positions with the ultimate decision resting with a relevant state department.

President Cyril Ramaphosa appeared before the state capture commission on April 28 2021 as the head of the African National Congress. Ramaphosa’s opening statement highlighted corruption, the notorious Gupta family and how the ANC is hoping to rid the organisation of patronage and wrong-doing.

IN FULL | ‘I appear not to make excuses or defend the indefensible’: Ramaphosa at state capture inquiry

President Cyril Ramaphosa made his much-awaited appearance before the state capture inquiry on Wednesday.
Politics
2 weeks ago

Ramaphosa said the relevance of the deployment committee was also to advance the transformation agenda of the governing party to make the public service “representative of who we are as a country”.

In this regard, the ANC had inherited a public service that was overwhelmingly made up of white, male South Africans.

“Truth be told, we have had to deal with issues like this as the deployment committee and the organisation broadly, issues of factionalism and careerism — and some of these deployments have caused internal ructions within the ANC,” said Ramaphosa.

“This us  because we are a living organisation composed of people with interests and ambitions, so we have got to manage these very delicately and carefully.”

Ramaphosa dismissed the view of former minister Barbara Hogan, who told the commission that it was high time the ANC dumped the policy.

Hogan had argued that there were enough black professionals in the country from whom government could choose without the assistance of a few partisan individuals making up the ANC deployment committee.

According to Hogan, the deployment policy of the ANC was only rewarding those loyal to it or dominant factions and their narrow interests.

Ramaphosa said the reality was that the ANC will always have to consider the political mandate given to its government deployees by its manifesto. The deployment committee was also relevant to ensure that SOEs were led by people driven by both the developmental and commercial agenda.

“The deployment committee has a number of considerations, one of those is having in mind the developmental nature of the state we are building ... we need to focus on the political aspect,” he said.

“We need to keep an eye on the mandate that we have been given in terms of our own manifesto.

“For instance, you want a CEO of an entity like Eskom to electrify the country and make sure that even black people who never had electricity are connected. That person must have a developmental as well as a commercial orientation. If you have someone who is just commercial, then my grandmother in Limpopo would never have had electricity.”

In an attempt to explain the ANC's delay in confronting Jacob Zuma and his allies' controversial relationship with the Guptas, Ramaphosa said it took ...
Politics
2 weeks ago

Hitching a ride: I flew with Guptas because I had a sore throat, Zwane tells Zondo