Inconvenient truths of our time include corruption, says Madonsela 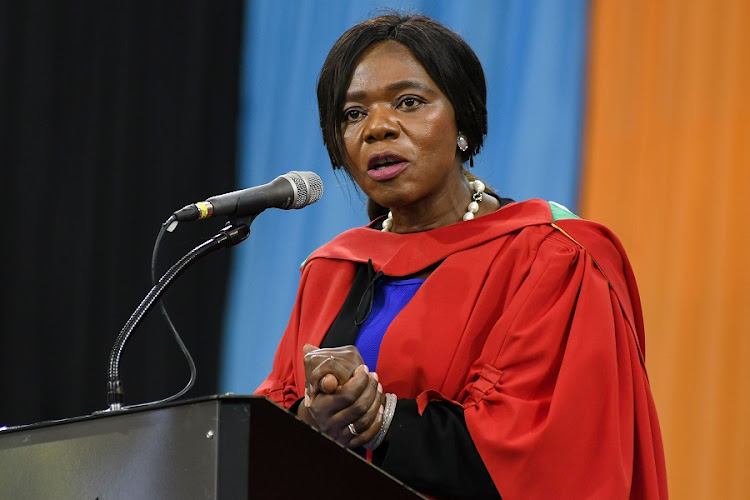 Prof Thuli Madonsela described corruption as an inconvenient truth of our time, and said it must be tackled even when those committing the crime were our friends.

This was as she delivered the 2021 Nadine Gordimer Lecture at Wits University on Wednesday night under the title “The Audacity to Speak an Inconvenient Truth”.

“Corruption undermines a functional and effective democracy. One of the inconvenient truths of our time is the need to save democracy, and for me, that is beyond getting president Zuma to obey the law. It is also about how we handle challenges such as Covid-19 in such a way that we do not gravitate towards and authoritarian state ... That we continue in all of these circumstances to stick to the vision in the constitution,” she said.

Defending the role and importance of the Chapter 9 institutions, one of which was the public protector's office she once held, Madonsela said when these institutions were allowed to do their work there are fewer transgressions.

Madonsela said Nadine Gordimer saw her work as a hand-held torch, describing it as a powerful torch against darkness.

“She chronicled apartheid’s everyday injustices. She chose to concern herself about the most underprivileged in the society she lived in,” Madonsela said.

Gordimer, who died in 2014, was active in the anti-apartheid movement and sought to reflect the painful realities of life in SA through her many short stories and novels.

Madonsela described Gordimer as a writer who used her words to shift consciousness in society.

Madonsela said at the core of Gordimer’s messaging was social justice.

“In her Nobel acceptance speech, she said the following: ‘Only many years later was I to realise that if I had been black, I might not have become a writer at all since the library that made this possible for me was not opened to any black child.'

“And that’s very clear that she felt she was privileged and it wasn’t right to live in a society where you are privileged on account of your skin. For me that’s an issue of social justice,” she said.

The woman who helped expose the companies behind the Guptas’ corruption says the agony she endured in that time helped her to put down her story in a ...
Opinion & Analysis
1 year ago

TOM EATON | If Cyril wasn’t lulling us to sleep, he was stating the bleeding obvious

No-one is above the law, say leaders ahead of ConCourt decision on Zuma

A group that includes former public protector Thuli Madonsela took a stand during an online rally on Sunday, where they vowed to uphold the decision ...
News
1 year ago

Thuli Madonsela remains firm on her stance calling for Adam Habib’s reinstatement as director at the University of London School of Oriental and ...
News
1 year ago