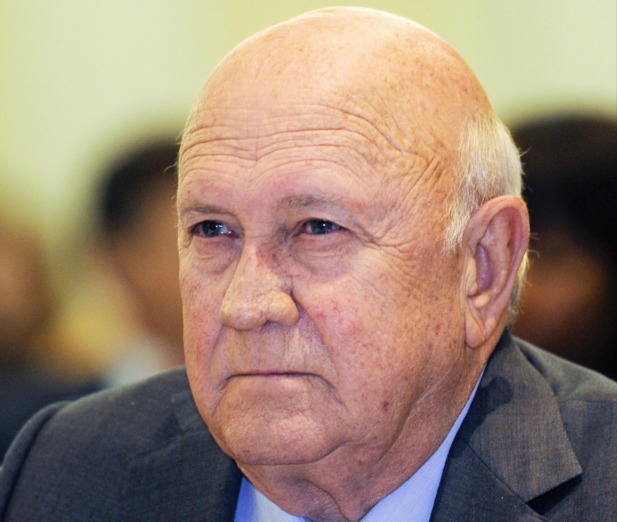 FW de Klerk is regularly in the office and hopes to visit Greece, where his wife was born, once Covid restrictions are lifted, says the foundation.
Image: Loanna Hoffmann

The update on his health was provided after reports overnight that De Klerk’s health “is deteriorating”.

This is not so, said the foundation.

“There has been no discernible deterioration in his health since he was diagnosed in March with mesothelioma — a cancer that affects the lining of the lungs. He is now considering the continuation of the course of immunotherapy that he has been following for the past two months.”

De Klerk attended a meeting of the FW de Klerk Foundation Board on Monday — “and comes into his office three or four times a week”, said the foundation.

“He and his wife, Elita, hope to travel to Greece for a holiday as soon as Covid regulations permit.”

Former president FW de Klerk said on his 85th birthday that he had been diagnosed with cancer.
News
10 months ago