We will build an ethical ANC that acts against corruption without fear or favour: Paul Mashatile 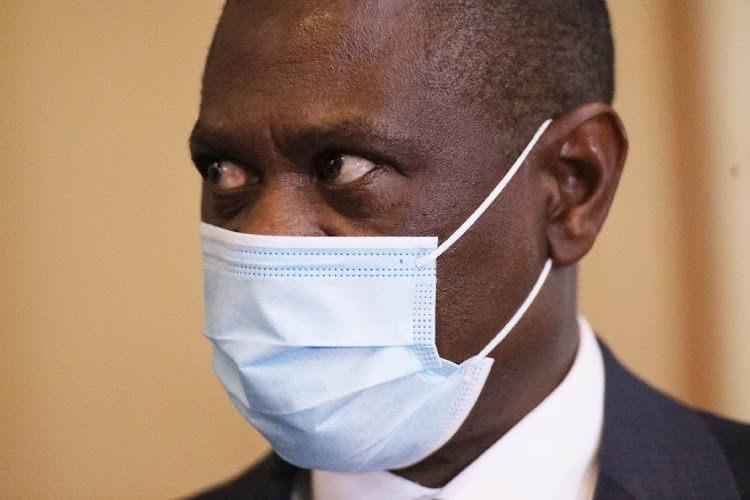 The ANC will follow the path of the Chinese Communist Party in building an ethical organisation that deals with corruption, says treasurer-general Paul Mashitle. File photo.
Image: Veli Nhlapo

The ANC will follow in the steps of the Chinese Communist Party (CPC) in building an ethical organisation that deals with corruption without fear or favour.

That's according to the man behind party finances Paul Mashatile, as the ANC seeks to root out corruption and regain the trust of its members.

The treasurer-general expressed these sentiments on Monday during a dialogue exploring bilateral relations between SA and China — as the CPC marks its centenary.

“As the ANC, we place a high premium on the party-to-party relations we have developed over many years with the Communist Party of China. Going forward it is our intention to strengthen these relations, assured in the knowledge that ours is a shared destiny,” said Mashatile.

Like the Communist Party of China, we too will constantly improve our movement's capacity and capability to lead a united society. We too will build a strong ethical ANC, that will act firmly without fear of favour against corruption.

He said the ruling party had always admired the Chinese path of development, which has seen the country emerging from imperialism and colonialism to being the second largest economy in the world.

“We are inspired and will continue to draw lessons on how the country, led by the party, has succeeded in lifting nearly 100 million out of poverty and has accomplished the task of eradicating absolute poverty.

“As we renew our movement, we will emulate the example of the Communist Party of China in putting people first and always ensuring that their interest remains our primary occupation,” he said.

In not so many words, Mashatile admitted that the ANC had been plagued by challenges. However, he was confident it would conquer.

“Like the Communist Party of China, we too will constantly improve our movement's capacity and capability to lead a united society. We too will build a strong, ethical ANC, that will act firmly without fear or favour against corruption,” he said.

Two shot, others injured as ANC meeting in Limpopo descends into chaos

Two people were hospitalised after being shot at an ANC branch general meeting in Waterberg, Lephalale, on Saturday, police confirmed.
Politics
10 months ago

Mashatile said the party was working hard to redeem itself and restore trust with its constituency. “We will also work hard to regain the trust of the people of our country and eliminate social distance between our movement and the people.”

He said more than a million party officials, including more than 400 officials at the provincial minister level, had been subjected to disciplinary action. Meanwhile more than 152,000 Chinese officials had been held to account in an anti-corruption campaign.

Xiaodong added that the CPC had set two centenary goals, the first of which was to build a moderately prosperous society by 2021. This was achieved in 2020.

“The second one is to build a strong, democratic, culturally advanced, harmonious and beautiful modern socialist country by 2049,” he said.

Mashatile congratulated the CPC on its centenary, saying he was confident it would continue to take the country to greater heights.

“As the world continues to grapple with the Covid-19 health and economic crisis, we acknowledge the important strides China has made in the global response to the pandemic. This includes the provision of Covid-19 vaccines to more than 30 African countries already. We also appreciate the financial aid from China to support Covid-19 responses in developing countries, including in Africa,” he said.

“We have no doubt that as the Communist Party of China enters its second centenary, it will continue to steer China into becoming a builder of world peace, a contributor to global development and a defender of a just, equitable and humane international order.”

SA’s negotiations to secure the Sputnik V and Sinovac Covid-19 vaccines are “at an advanced stage” but, even if millions of doses are secured, they ...
News
10 months ago

China denounced on Monday a joint statement by the Group of Seven leaders that had scolded Beijing over a range of issues as a gross interference in ...
News
11 months ago