The government does not want to kill you with vaccinations: Ramaphosa 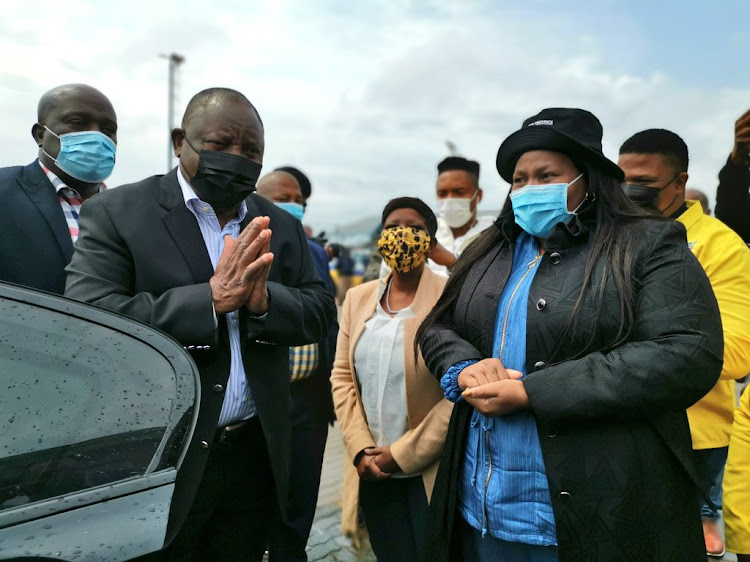 President Cyril Ramaphosa at the start of the Vooma vaccination campaign in Katlehong on Friday.
Image: @SAGovnews

He was speaking during the launch of the government's Vooma vaccination drive at the DH Williams Hall in Katlehong, Ekurhuleni, on Friday.

Ramaphosa introduced the campaign during his address to the nation on Thursday night where he announced the country would be going down to adjusted level 1.

As part of level 1, the curfew now begins at 12pm and ends at 4am, while public gatherings are now allowed outdoors for up to 2,000 people.

“Some people are spreading conspiracy theories. They are spreading funny rumours, such as, they are saying young women if you are vaccinated you won't have children. There is no truth in that, none whatsoever.

As President Cyril Ramaphosa moved SA to lockdown level 1 from Friday, he announced that the health department was gearing up to issue mandatory ...
Politics
9 months ago

“They are saying if you are vaccinated, you will die slowly. There is no truth in that and as (Ekurhuleni mayor Mzwandile Masina) was saying, the government would never want to kill the taxpayers,” said Ramaphosa.

He said all that his government wanted was for its people to live.

Ramaphosa spread a similar message at the Natalspruit taxi rank, where he told taxi drivers and commuters that it was a myth that taking the vaccine may lead to erectile dysfunction.

Ramaphosa said the economy had been restricted by the Covid-19 pandemic, which saw productivity levels having dropped, adding that the government wanted to increase productivity levels, see people interacting, including allowing fans at sport events.

He acknowledged that his government was yet to reach its target of 300,000 vaccinations per day, which would lead to it reaching the 70% vaccination target by mid-December.

Ramaphosa further urged South Africans to go out and vote in November for the local government elections.

“Let's go out and vote in our numbers on the first of November to demonstrate to all and sundry that democracy is alive in our country, we support democratic processes that are happening in our country.”

QUIZ | Is your news knowledge at level 5 or are you a 'national state of disaster'?

How well do you know your SA newsmakers? Take our weekly test and find out.
News
9 months ago

The last time SA was under level 1 was between March and May this year.
Politics
9 months ago

How do I minimise the risk of getting Covid-19 at social gatherings?

Here are helpful tips to minimise the risk of catching Covid-19 at social gatherings.
News
9 months ago