‘Don’t impose your insecurities onto me’: Mashaba hits back at funding criticism amid Oppenheimer donation 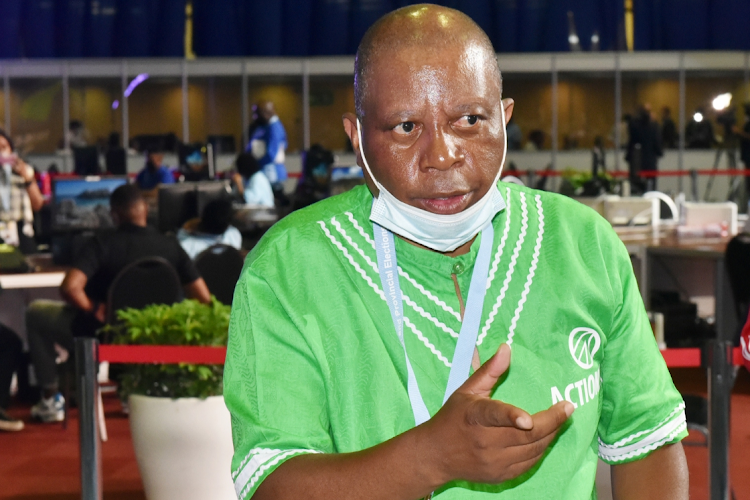 ActionSA Leader Herman Mashaba went on the defensive when asked if his party's funders call the shots, saying he does not take orders. File photo.
Image: Freddy Mavunda

ActionSA leader Herman Mashaba is unfazed by critics who question the influence of his donors after it was revealed Rebecca Oppenheimer donated R3.3m to the party ahead of the recent local government elections.

ActionSA declared donations totalling R16.9m, the second biggest after the ANC, which received just over R22m in monetary donations.

Among ActionSA’s biggest donors were:

Mashaba went on the defensive when asked if his funders call the shots.

“I didn’t build a business into a multimillion-dollar conglomerate by allowing people to dictate terms to me. I am my own man and my values are clear for all to see,” he told one social media user, telling them to not impose their “insecurities” on him.

Don't impose your insecurities onto me.

I didn't build a business into a multi-million dollar conglomerate by allowing people to dictate terms to me.

I am my own man and my values are clear for all to see. https://t.co/tjyw72qAjs

He said ActionSA was committed to being open and transparent about its funders.

“We are proud of our association with South Africans who are committed to SA and have generously donated to its political future. Our donors have been willing to do so openly and transparently, as envisioned by the PPFA, while others hide their donors from voters,” said Mashaba.

Mashaba said ActionSA's funders were satisfied with its performance in the local government elections.

“Our donors have communicated their satisfaction with ActionSA’s electoral showing, and ActionSA has received increased interest from funders across the board. There is an overwhelming interest in the expansion of ActionSA to the nine provinces.”

ActionSA was founded in August last year and contested its first elections earlier this month. The party contested six municipalities including eThekwini, Ekurhuleni and Tshwane.

"You can't say voetskek ANC with one corner of your mouth, and then say you want to help them govern with the other corner. I hope voters are ...
Politics
2 weeks ago

Mashaba said several opposition parties rejected the DA's proposal to have its mayoral candidates appointed to run Johannesburg and Tshwane.
Politics
2 weeks ago

Reacting to the claims, Mashaba wrote: “It is sad and dangerous when a human being reaches a stage where they are unable to distinguish between the ...
Politics
2 weeks ago