Amid infighting, ANC Gauteng conference to focus on keeping voters 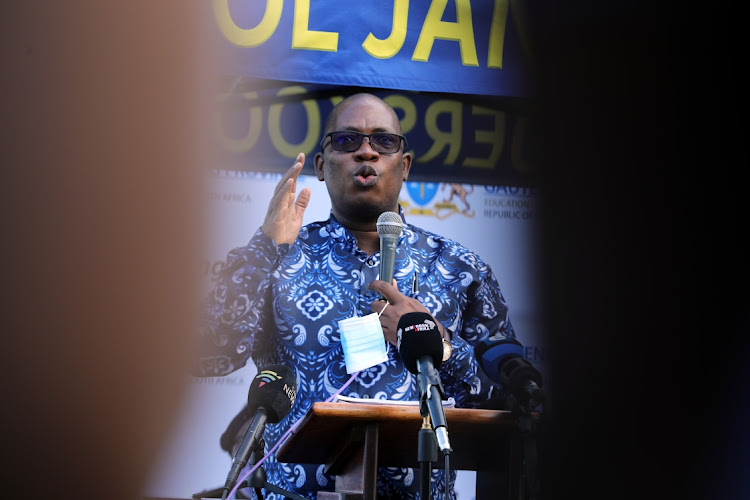 The ANC in Gauteng says its provincial congress due to start on Thursday will prioritise a discussion on how a further electoral decline, or even a total defeat, can be avoided in the general election in 2024.

Senior party leaders on Wednesday indicated that it would be naive of them to underestimate early indications that citizens were growing increasingly unhappy with how they run the country’s economic hub.

In a press briefing on its state of readiness, the party announced it will run its conference at The Lakes Hotels in Benoni from Thursday, June 23 to Sunday, June 26.

MEC is in a close contest with Lebogang Maile for the post of provincial chair.
News
1 week ago

This as the party says it has learnt from previous conferences that failed to discuss policies and reports due to overly focusing on electing leaders.

“Are we scared to lose Gauteng? I think people have been saying this. I don't think there's a political party that can affirm it will win or lose everything, you enter into electoral renewal to seek an electoral mandate on the basis that it has superior ideas, policies and leadership. We have the capability, skill and talent to resolve all the problems,” ANC Gauteng deputy chair Panyaza Lesufi said at the provincial offices in Rosebank on Wednesday.

“And that’s the reason we’re starting early, fortunately. We are not starting early with political discussions because we fear losing [power], we are affirming who we are and we really believe that this thing of conferences of the ANC being replaced from being festivals of ideas to being about elections.”

“And that’s the reason we’re starting early, fortunately. We are not starting early with political discussions because we fear losing [power], we are affirming who we are and we really believe that this thing of conferences of the ANC being replaced from being festivals of ideas to being about elections.”

We are not starting early with political discussions because we fear losing [power], we are affirming who we are and we really believe that this thing of conferences of the ANC being replaced from being festivals of ideas to being about elections.

“But we’ll be naive to say the electorate has not pointed out some limitations and gaps within the party itself,” he said. “And that’s the reason we believe if we start conference early, it will give us ample time to analyse the concern, not only diagnose the concern but provide relevant answers to the concern. So to have conference early is not a sign of weakness, it’s a sign of strength and most importantly is a sign to say the ANC is ready to acknowledge its limitations and to learn from its mistakes and weaknesses and reposition itself in a manner that assists us.”

The conference is expecting 1,133 delegates from about 427 branches.

Lesufi said conferences of the ANC have become synonymous with fighting and an excessive focus on electing leaders instead of discussing important policy.

“It’s a culture we must discourage. When we meet after four or five years it must not be about who leads the organisation. It’s about where we find ourselves as a political party, the issues we need to attend to and the concerns of our constituencies,” he said.

Ahead of the ANC provincial conference this weekend, outgoing Gauteng provincial secretary Jacob Khawe believes he can return to his position.
Politics
1 week ago