To honour Duarte, ANC must do more for gender equality: David Mabuza 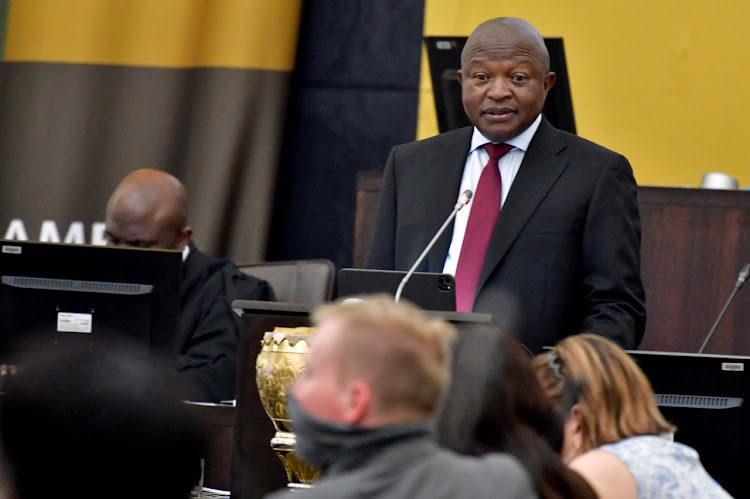 'Despite progress made to date in the representation of women in the ANC leadership, there is no doubt more work needs to be done to advance gender equality,' said Deputy President David Mabuza at Duarte's memorial service.
Image: GCIS.

“Despite progress made to date in the representation of women in the ANC leadership, there is no doubt more work needs to be done to advance gender equality.”

He was the last speaker in a packed programme in which speakers confirmed Duarte’s desire to see women take up half the positions in the party’s top six.

In the current top six, Duarte was the only woman. In the previous administration, only two women sat on the national leadership structure.

Mabuza admitted that no significant strides were made in achieving gender parity, something the party ought to change in Duarte's memory. He committed the party to endeavour to elevate women to critical leadership positions at all levels.

“In her memory, we must run with the baton to deepen women’s emancipation, women’s empowerment and broaden access to developmental opportunities to all women, all people with disabilities and all other marginalised sectors of our society,” he said.

Mabuza's remarks came after former National Assembly speaker Baleka Mbete told attendees that  Duarte, in her hospital bed, was troubled by the party’s regression in the representation of women. She called on the party to implement the 50/50 policy resolution.

The anti-apartheid stalwart was remembered as a unifier who hated factionalism and patriarchy.  Mabuza attested to this, adding that Duarte’s commitment to organisational renewal and unity was unwavering.   As a result, her departure compels the party to go back to the basics to regain lost ground and restore public trust, said Mabuza.

“We must eliminate destructive internal structures that undermine organisational renewal and unity. In her memory, we should never let the ANC crumble because of our selfish behaviour. We should never allow disagreements and preferences of leadership to tear the organisation apart,” Mabuza said.

The president of Cosatu, Zingiswa Losi, spoke highly of Duarte's commitment to equal representation of women.

“We have leant that you are one of those brave women leaders who contested a space predominantly controlled by men. You represented the aspirations of women who wish to be politicians and continue to inspire the confidence of an honest leader amid the bleakly tainted political terrain.”

Losi applauded Duarte for emerging victorious against what she termed ‘detractors of factional politics’ to represent the ANC in its purest form.

“While in that office you were trusted with key and sensitive information  and did not use it  for wrong motives.”

The SA Health Products Regulatory Authority is "engaging" with tourism minister Lindiwe Sisulu's office on her comment that she secured cancer ...
News
3 weeks ago

MATHATHA TSEDU | Jessie had a sharp tongue, but for her communication was king