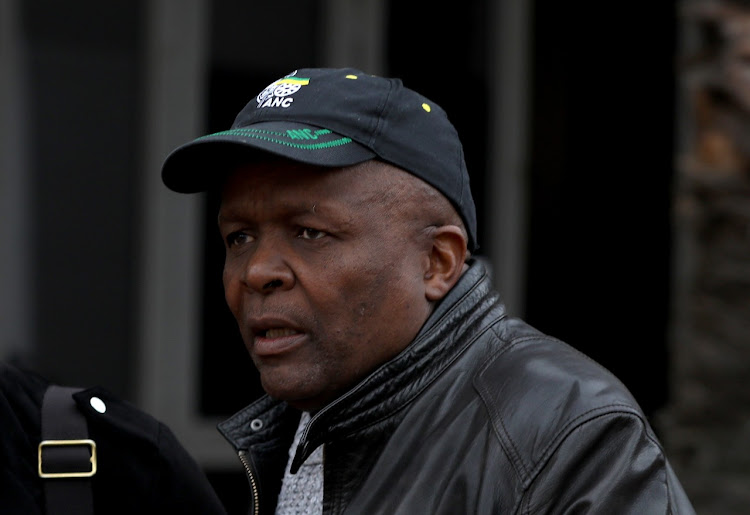 “I can’t see that thing being scrapped. The majority of the ANC people hate corruption, but there will be sympathy for those who say improve and make it consistent. Once it targets certain people, it becomes criminal,” said Gungubele.

Speaking on the sidelines of the sixth national policy conference in Nasrec on Saturday, Gungubele told TimesLIVE: “I do not understand which self-respecting organisation will say stop measures that protect your reputation because 'step-aside' maybe is the new buzz word.

“Step-aside is about an organisation managing its reputation. There are crazy ideas coming from some of our comrades who say innocent until proven guilty.

“This means that if somebody is alleged to have raped and society having seen it, all what’s left is for the court to confirm it. If that person is a mayor and the court matter drags on for five years, it means that municipality must be subject to a suspicion of somebody who they think is a rapist.”

TimesLIVE reported that the ANC’s two biggest provinces are lobbying for the scrapping of the step-aside rule, which prohibits criminally-charged party members from contesting leadership positions and requires them to vacate any party or government roles.

Before the ANC national policy conference, KwaZulu-Natal and Limpopo adopted resolutions at their provincial conferences and general councils that the rule be abolished.

ANC president Cyril Ramaphosa has told the party’s national policy conference in Nasrec in the south of Johannesburg the ANC will not abandon ...
Politics
2 weeks ago

Gungubele said the ANC's problems must not be society's.

“All we have on step-aside is that if somebody has committed something that raises the eyebrows of society ... Remember if you are a member of the ANC you are the ambassador of the ANC. When people are worried about your behaviours, it translates to the attitude of the ANC.”

Gungubele said the controversial rule is about protecting the ANC’s reputation.

People who say the step-aside rule should be scrapped have fair concerns, he said.

“They say implement it consistently, that is a major thing. To me, both the people who say scrap it and those who implement it inconsistently are both criminally responsible for destroying the organisation.

He said if such a good measure is inconsistently implemented, “you make people to question it and weakening a critical measure which is supposed to protect the image of the reputation of the ANC”.

By demanding the abolition of the step-aside rule, Gungubele said, “it’s a distraction and they are crafting the demise of the ANC”.

He added that implementing the Zondo commission report on state capture is not president Cyril Ramaphosa’s priority, “it’s an ANC priority. The president is deployed to implement the priorities of the ANC.”

Turning to the conference, Gungubele said for it to be a success it must have a programme that is decisive and practical regarding how the ruling party plans to end poverty, unemployment and inequality.

The conference must also ensure the capacity of government is improved to turn around issues.

“It must have a clear programme on economic transformation, skills development and spatial plans,” he said, adding that one of the things undermining economic reform is the state of the railway infrastructure.

In addition, the party needs to be clear on the programme of spectrum to reduce the cost and accessibility of data.

On the implementation of policies: Gungubele said: “There is a lot of disingenuousness. The constitution of SA allows us to expropriate land. The ANC says: make it clear, explicit and improve its clarity.”

Scrapping of the step-aside rule would be a major blow to President Cyril Ramaphosa's renewal project for the ANC.
Politics
2 weeks ago

Weighing in on Ramaphosa’s energy crisis plan, which he presented this week, Gungubele said: “All they are saying is that implement it. There are people here who, usually argue, are armchair politicians.

“People are asking us to implement resolutions for which they are not going to directly account for. The president is leading the government and he accounts not just to the ANC, but to the country as well.

“There are people who have easy ideas here, will not pass the test in society. They say we are privatising, that’s not true.”

In this audio explainer TimesLIVE contributor and analyst Eusebius McKaiser grapples with the difference between law and ethics.
Politics
2 weeks ago