Yes, Mac, they are being serious 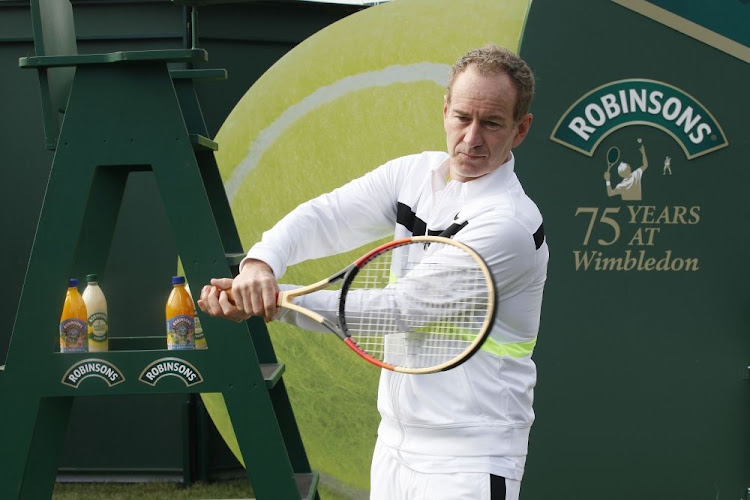 "You cannot be serious." Those words would have inspired dread in any umpire or linesman who wasn't lucky enough to have seen chalk-dust and ruled in Mac's favour.

Last week, John McEnroe could have been forgiven for those words in response to fallout from an interview he gave to promote his autobiography, But Seriously.

Here's the exchange in question:

Lulu Garcia-Navarro: We're talking about male players but there are, of course, wonderful female players. Let's talk about Serena Williams. You say she is the best female player in the world in the book.

Garcia-Navarro: Some wouldn't qualify it; some would say she's the best player in the world. Why qualify it?

McEnroe: Oh! Uh, she's not, you mean, the best player in the world, period?

Garcia-Navarro: Yeah, the best tennis player in the world. You know, why say female player?

McEnroe: Well, because if she was in, if she played the men's circuit, she'd be like 700 in the world.

McEnroe went on to (clumsily, it must be said, though the phrasing of the question is even clumsier) explain his position, but the "700" comment got attention, with Williams eventually asking to be left out of such debates.

The excerpt above makes clear that the interviewer leads McEnroe into controversy - had this stopped after McEnroe's first answer, or had they instead discussed the merits of McEnroe's opinion, Williams' record 23 open-era Grand Slams, longevity, and so forth - there'd have been no issue at all.

But instead, the interviewer pushed a comparison that almost never produces a satisfactory answer. These are lively debates over a beer or at a dinner party, but they are unresolvable because they demand comparisons across physiological, socioeconomic, cultural and historical factors that simply don't work.

Direct comparisons between men and women are stupid. McEnroe seemed to think one was required (because of how the question was phrased, maybe), leading to the 700 statement. I think that's probably about right, actually, but it's irrelevant.

Even relative comparisons are tricky. It's not unlike a debate around who is the greatest batsman of all time? Do statistics alone seal the case for Don Bradman? Probably. Or do Lara and Tendulkar deserve the title, given how different the sport is now? The same is true for Federer and Laver, or for Pele, Maradona and Messi.

Pure statistics do not answer these questions even when the athletes are in the same category and era. And when you introduce male vs female comparison, it becomes even more difficult.

The futility of male vs female comparisons arises largely out of physiological differences driven by testosterone, which is why we have separate categories. It allows us to celebrate two equal yet different champions. The same is true for weight classes in boxing.

Who's the better athlete? Obviously, you can't compare times - Wayde's 43.03s puts him about 50m ahead of Miller's 49.44s. Anyone making direct comparisons is being foolish or deliberately obtuse.

Perhaps an historical benchmark would help? Miller's time was NOT a world record, not even close, but anyone who knows about the sport will know that those women's world records are so tainted by doping that they're basically irrelevant. Historical bench-marking is unhelpful.

Might I suggest, in this situation, that we accept that we have a "men's 400m champion", and a "women's 400m champion" who are equally meritorious but different, and not try to ask the irrelevant and pointless question of who is better?

The same goes for tennis. McEnroe's mistake was explaining a direct comparison, and it must be said that he has history on his side in this area. He did a clumsy job, perhaps with some ulterior motive, but some of the reaction to that interview left me thinking: "You can't be serious."