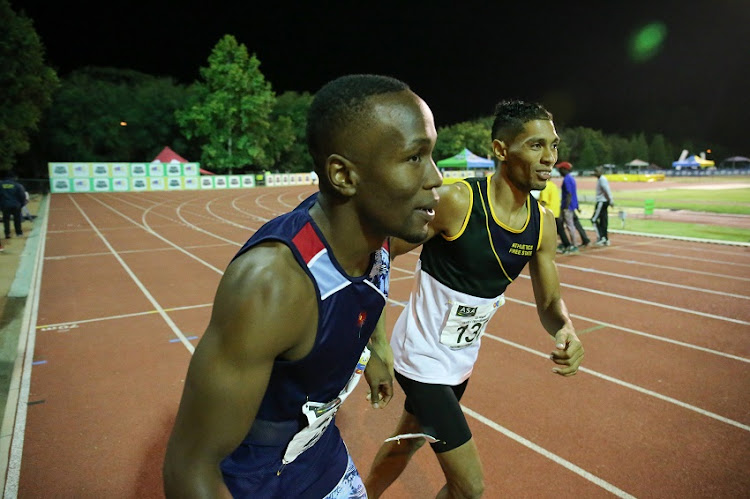 Sprint stars Wayde van Niekerk and Akani Simbine have come out strongly against Athletics South Africa’s selection of the team for the world championships in London next month.

ASA introduced qualifying standards that were tougher than those set by the sport’s world governing body‚ the IAAF.

ASA named a team of 24 on Friday‚ including only six IAAF qualifiers and omitting 13 others‚ most of them Olympians.

Van Niekerk and Simbine‚ who both achieved the ASA standards a few times‚ on Sunday spoke out against this.

“It’s all good and well when you want to groom talent but when there’s an opportunity to help the talent grow you shut the door on them‚” tweeted Simbine.

Olympic 400m champion Van Niekerk retweeted that adding: “Too much talent bro selection should be our last worry. Guys work [too] hard for this type of rejection.”

Fellow teammates like Sunette Viljoen and Jenna Challenor were in agreement.

The guillotine will officially fall at noon on Monday on the world championship aspirations of the excluded athletes unless ASA changes its mind.

The federation had given the athletes until Sunday to lodge appeals.

ASA president Aleck Skhosana said the deadline for submitting the team to the IAAF was noon on Monday‚ Monaco time‚ the same as SA.

The IAAF qualifying window closes at midnight on Sunday.

Among the B qualifiers selected were women’s marathon runners Challenor and Mapaseka Makhanya‚ who were picked on times they ran last year which ranked them outside the top 400 — lower than the rankings of those left out.

TimesLIVE counted 18 ASA qualifiers and six IAAF in the team‚ but Skhosana suggested the split was 19-5‚ saying he had been told discus-thrower Victor Hogan had achieved the A standard last Thursday.

His result‚ however‚ does not yet reflect on either the IAAF or Tilastopaja athletics websites.

Hogan qualified for London by virtue of winning his event at the African championships in Durban last year‚ with the IAAF allowing all continental champions to qualify.

Van Niekerk‚ Simbine and Clarence Munyai booked their spots by virtue of being the three fastest ahead of US-based Ncincilili Titi‚ Gift Leotlela and Lebokeng Sesele.

A seventh athlete‚ Hendrik Maartens‚ was inside the IAAF’s qualifying standard.