Golden weekend ahead for SA sport

As our top athletes go for glory in London, the Lions will vie for their first Super Rugby crown 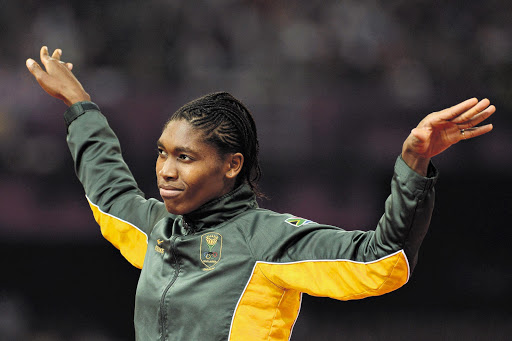 Sprinter Akani Simbine steps on the world championship track in London tonight searching for three-hundredths of a second to reach his dream. That was the difference between his fifth-place finish and the podium at the 2016 Rio Olympics. This time he is hunting for the highest-ranking silverware of his career to date.

Some of his more illustrious compatriots are also in action on the opening night of the global showpiece, including Caster Semenya, who lines up against world record-holder Genzebe Dibaba in their 1500m heat, and the long-jump trio of Olympic silver medallist Luvo Manyonga, Ruswahl Samaai and Zarck Visser.

With Wayde van Niekerk entering the fray tomorrow in the 400m heats, South Africa looks likely to surpass its previous best championship haul of four medals, two of them gold, at Paris in 2003.

Simbine, with a 9.89 personal best, has the talent to contribute to the tally.

But Simbine's season hit a speed wobble after a sensational start in which he dipped under 10 seconds six times between March and May.

His slump in form - which meant ending second or third in his next five races, with just two sub-10 times - came after moving to his training base in Gemona, Italy, while his coach Werner Prinsloo stayed at home.

"I think it was a mental issue," admitted Simbine, who turns 24 next month.

But that changed after Prinsloo joined him in Europe about three weeks ago.

"Just having him there has brought that self-belief back, that extra boost that I need knowing that I have my coach with me."

Prinsloo said he was pleased by Simbine's performance in his last outing, finishing third at the Monaco Diamond League in 10.02 on July 21.

The 100m semifinals and final are tomorrow night.

"He's taught himself and learnt how to go through these rounds and do enough to get into a final. After Rio last year he knew what it took to get into the final so the obvious step after that would be to get the medal that's what we're going for."

Simbine, who also competes in the 200m next week, insists he is going into the championships at full tilt.

"My confidence is where it was when I left South Africa going into Doha."

The Lions clash with the Crusaders in tomorrow's Super Rugby final at Ellis Park and Kriel believes one game cannot possibly begin to tell the Lions' tale.

"You can't define a side by one game. You have to look at the four years. The team-building, the guys caring for each other, building a brotherhood. That love for each other."

Creating that bond has been central in building a team greater than the sum of its parts. That "all for one" culture has been very evident.

"I don't think any other union has what we have here," insisted winger Courtnall Skosan.

"As a brotherhood and a family it's really special to be here. Something to treasure. That environment creates the freedom for the players to express themselves."

Before they can do that they need to do the hard yards against challengers who come with a massive reputation.

The final is very much a case of the pretenders against the competition's blue bloods hellbent on restoring the old order.

It's the cool-as-you-like conquerors and now defenders of the north (the Lions conceded the fewest tries in the league stages) against the mighty marauders of the south.

The Crusaders, up front in particular, will pose questions to the Lions that they are unlikely to have encountered this winter.

"The All Black players they have in their pack says something in itself," said scrumhalf Ross Cronjé. "The stats don't lie. They have one of the best line-outs and one of the best scrums. It is going to be a massive challenge for our forwards."

Once on the front foot the visitors wreak havoc with their back division.

"Clinically, they are great. They can punish you from turnover ball. They've got a great counter-attack. It's going to be important for our forwards to front up," Cronjé said.

Now that the moment has almost arrived coach Johan Ackermann, who is moving to Gloucester, is having mixed sentiments.

He is ready for the final but he may not be as prepared to say goodbye to the players he helped shape over the past four years.

"The hour glass is almost empty," said the coach. "Win or lose, my respect for the players will never change."