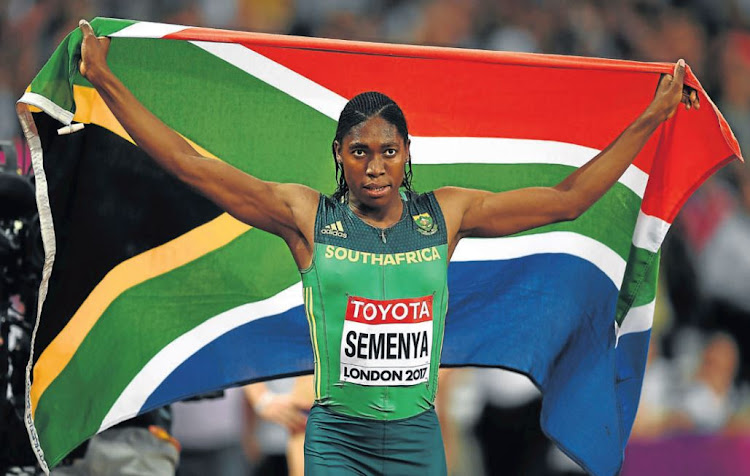 Caster Semenya cruised to an historic victory in London last night as she took the 800m gold for her second medal of the world championships.

Her closest rivals Francine Niyonsaba of Burundi and American Ajee’ Wilson unleashedan early blitz, but the famous Semenya kick over the final 200m was still too much forthem.

Asked where she found the extra gear, Semenya told the appreciative fans at trackside:“The crowd, this is unbelievable, I love you guys.

This is my third home, we all know my second home is Berlin … these people are fantastic, this is the place to be.”

It ’s the second time in a month that Semenya has improved her national mark,again being pushed by Niyonsaba and Wilson.

Semenya, now unbeaten in the 800m in 29 races since late 2015, is South Africa’s most decorated world championship athlete, having landed four gongs in her career to date.

Wayde van Niekerk is next best with three medals.

Her victory was the South African team’s sixth medal of the showpiece, with three gold,one silver and two bronze lifting them to third on the medals table before the final events were completed.

Earlier, Lebogang Shange battled bravely in the 20km race walk, but he was unable toclinch a medal as he got pushed into fourth.