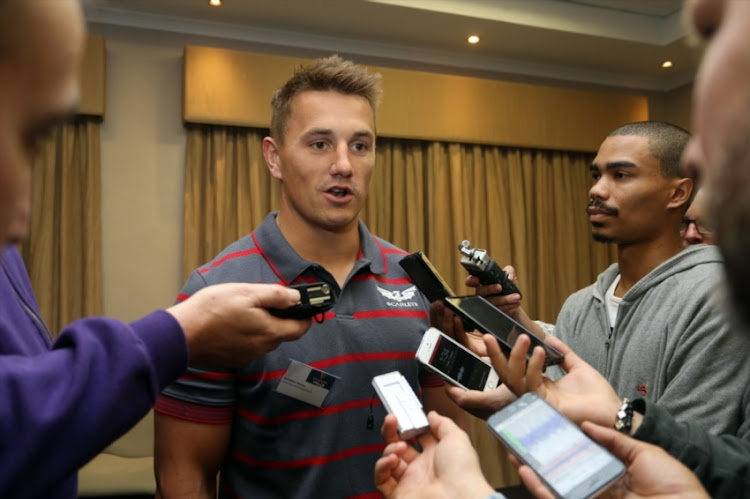 Wales and British & Irish Lions centre Jonathan Davies believes that the addition of two South African teams to the PRO 14 will be a boost for the tournament and an inspiration for northern hemisphere sides with the prospect of a new challenge.

The Southern Kings and Cheetahs have been included in the expanded tournament‚ which features top clubs from Wales‚ Ireland‚ Italy and Scotland. It starts on September 1.

Davies‚ who was named as the Lions’ player of the New Zealand tour after their recent drawn series against the All Blacks‚ also represents defending PRO 14 champions the Scarlets.

The Scarlets host the Kings in their opening fixture in Parc Y Scarlets in Llanelli on September 2.

“I don’t know a lot about the Southern Kings but I do know they had some good results in Super Rugby‚” Davies admitted.

“Going to Sydney and beating the Waratahs was a great result.

"They play a counter-attacking style and I’m sure our analysts back home will be doing a lot of work right now‚ to make sure we have a good look at them.

“You want to test yourself‚ so the way the likes of the Southern Kings and Cheetahs play in Super rugby might be different to how we have played in the PRO 14 previously.

"There is an element of the unknown and first up they might shock us.

“But it’s something that excites you as a player and makes sure you prepare well and give them the right respect without doubting yourself.

“Playing against an SA team that wants to prove itself is a great way for the Scarlets to start the new season because as defending champions we also have a point to prove.”

On the recent Lions tour‚ Davies had a first-hand look at NZ Super Rugby teams and was impressed.

Obviously the Cheetahs and the Kings are not at the same level as the Crusaders and Hurricanes‚ but Davies doesn’t expect it will be easy.

“Having played against New Zealand provincial sides on the recent Lions tour my impression that every game was almost at Test match intensity‚” Davies said.

“That’s what you want as a player – to test yourself at the highest level – and to have two SA teams in PRO 14‚ who have been exposed to New Zealand’s level of rugby for a number of years‚ can only be a positive in my opinion.

“I do consider playing against SA teams at provincial as a good measure of our standards because internationally any Test against the Springboks is tough.

“After a Test you feel that you’ve had a game and to have that kind of physical confrontation in a league structure will be great for us. SA players are very proud of their rugby and so are we in the northern hemisphere‚ so it will be a good challenge.

“I had a tour of the Springbok Experience Museum and it gave me another reminder of how much rugby means to South Africans. It’s just like in Wales.

“Hopefully we can show a new audience the strength of our rugby through this competition.

“If you look at recent results in terms of Test matches the gap between north and south has closed‚ which is good for the game and its future.

“South African teams are always very strong and these two teams will want to prove themselves in those opening matches.” - TimesLIVE