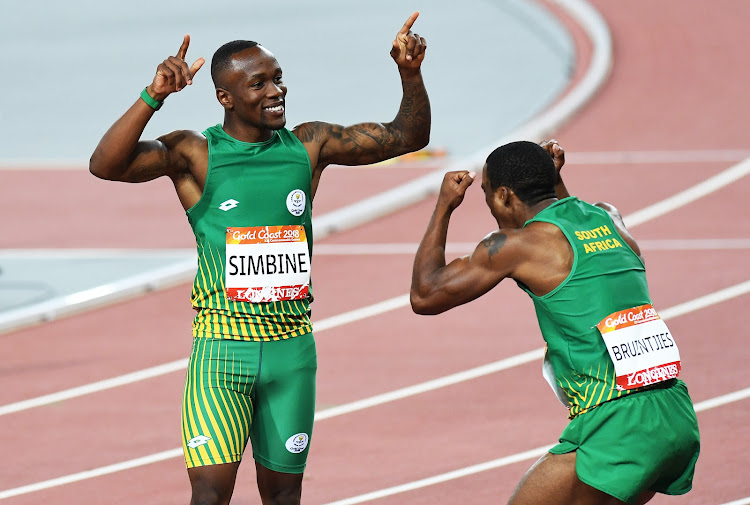 Commonwealth Games champion Akani Simbine faces his biggest test of 2018 so far when he takes on the year’s fastest men in Rome on Thursday night (9.35pm on SS7).

Simbine makes his Diamond League debut in the Golden Gala‚ but given the competition in the field‚ it’ll be as tough as a gladiatorial battle at the Colosseum down the road.

Also facing a tough time is world long-jump champion Luvo Manyonga‚ who takes on the only man to have beaten him since the 2016 Rio Olympics‚ the world indoor king‚ Juan Miguel Echevarria of Cuba (8.40pm).

But Simbine is up against a troop of trouble.

He won his Gold Coast crown in 10.03sec‚ but four competitors in the field have been quicker this season‚ including owner of the 9.97 world lead‚ Ronnie Baker of the US.

Baker’s 9.79 in Eugene on Saturday was disqualified by a tailwind of 2.4 metres per second‚ only 0.4 above the legal limit.

Christian Coleman‚ America’s world championship silver medallist from last year‚ goes into the race without an official season’s best‚ but he was second behind Baker in 9.84 on Saturday‚ his time also not registering on the world list because of the wind assistance.

Simbine has competed at the Golden Gala twice before‚ finishing fifth in 2016 and sixth in 2015.

In the long jump‚ Manyonga is up against countryman Ruswahl Samaai and Jeff Henderson‚ the American who beat him to the Olympic gold by 1cm.

Manyonga has downed Henderson every time they’ve met since then.

And he’ll be looking to give Echevarria similar treatment since losing out on the world indoor crown in Birmingham in March by 2cm.

The meet will be broadcast on SuperSport 7 from 8pm.

World and Commonwealth long jump champion Luvo Manyonga has been shortlisted for the sportsperson of the year award in the Regional Annual Sports ...
Sport
4 years ago

South African Sports Confederation and Olympic Committee (Sascoc) president Gideon Sam has confirmed that the process to challenge the International ...
Sport
4 years ago

The South African government is putting together the best possible legal team to face Solidarity in court ahead of the trade union's bid to challenge ...
Sport
4 years ago