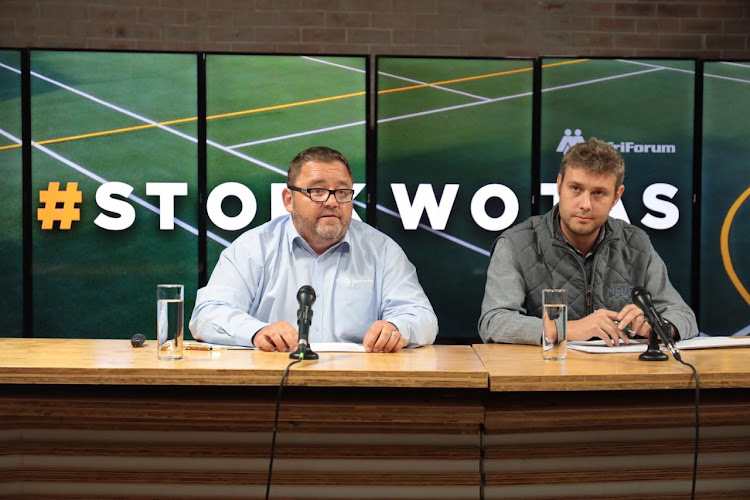 AfriForum have threatened to take Netball SA (NSA) to the Court of Arbitration for Sport (CAS) in Lausanne if they don’t abolish racial quotas when selecting the Gauteng U12 to U18 schools teams.

AfriForum chief executive Kallie Kriel said they have obtained the score sheets of the selectors and they show that 56 white schoolgirls were excluded from provincial teams based on their race.

“These score sheets prove that 56 white girls‚ who should have been selected to the teams on merit according to the selectors’ assessments‚ were‚however‚ excluded from the teams because of their race‚” he said.

“These complaints demand‚ among others‚ that racial quotas be abolished and that the prejudiced girls should receive written confirmation from GSN that they should indeed have been selected to the teams based on merit.”

Kriel added that they have given NSA fourteen days from Monday to respond or face the consequences of being reported to the International Netball Federation (INF).

“AfriForum and the parents indicated in their complaints to the above netball institutions that‚ if their demands are not met within 14 days‚ an official complaint against NSA of racial discrimination would be submitted to the International Netball Federation (INF).

“If necessary‚ the case will also be taken to the international Court of Arbitration for Sports (CAS).

MultiChoice said Ntsiki appeared on a third-party channel and they therefore had "absolutely no editorial control" over her appointment.
TshisaLIVE
3 years ago

"The INF’s rules‚ as well as those of the International Olympic Committee and the Commonwealth Games Federation‚ prohibit any form of racial discrimination explicitly. “56 girls who were prejudiced simply because of their skin colour were born between 2001 and 2007.

"They were therefore born after former President Nelson Mandela’s term of office.

"The dignities of these young girls are seriously violated because they are being punished for a former order in which they had no part.

Kriel asked how one should explain to a 12-year-old girl that she is good enough to make the team‚ but that her race‚ over which she has no control‚ determines that she cannot make the team.

Kriel pointed out that AfriForum is strongly in favour of the development of netball players from poor communities.

“The fact that the team selection figures indicate that NSA failed miserably in developing players from poor schools‚ cannot be used as justification for NSA to hide its own failures by now blatantly discriminating against school children based on their race‚ and by violating their dignity‚" he said.

“42 black girls made the Gauteng teams on merit‚ it is tragic that this significant number of good black players is now also jeopardised because the racial quota system brand them unfairly with the quota label."

AfriForum’s letter also demands that the South African netball institutions provide an explanation of which objective criteria are used to classify children in terms of race without their parents’ knowledge for the purpose of team selection.

"AfriForum also demands that NSA should provide the organisation with a detailed explanation of its development initiatives for poor communities‚ as AfriForum would willingly provide positive inputs to improve NSA’s plans‚ which are most probably unsuccessful‚ as the lack of children from poor schools selected for teams clearly shows‚” the letter said.