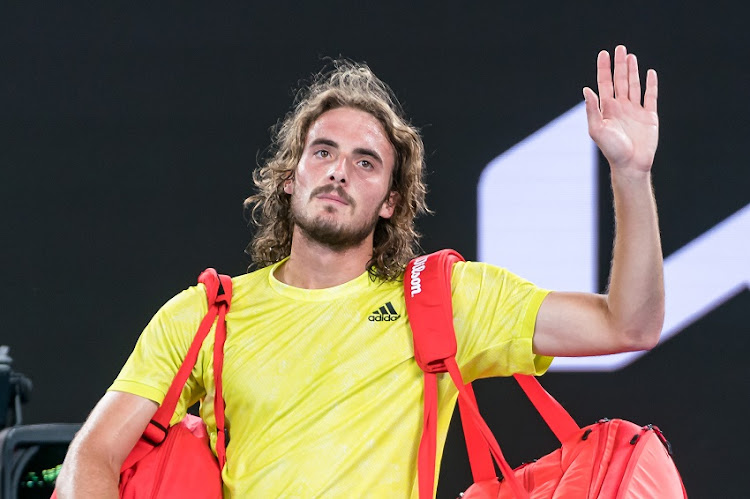 Stefanos Tsitsipas says he is more experienced than he was in his previous Wimbledon appearances.
Image: Andy Cheung/Getty Images

Stefanos Tsitsipas has never got past the Wimbledon fourth round but the third seed said on Sunday that he comes into the tournament a more confident player on grass.

The world number four has had a strong season with 39 wins on the Tour in 2021 but he lost in the Australian Open semi-finals and the French Open final, where he won the first two sets before Novak Djokovic mounted an epic comeback.

The 22-year-old Greek was knocked out in the Wimbledon first round in 2019 when he was the seventh seed.

"I was a completely different person than I am now, I will probably say not as confident as I am now. I relied a lot on my confidence back then," third seed Tsitsipas told reporters.

"Most certainly, I didn't really have Plan B or Plan C.

"I just kind of had my one way of playing. That was also because of lack of experience, not being on the tour for long enough.

"Honestly, grasscourt is a surface that I love. But probably two years ago, I didn't really have the result that I expected. It was kind of something that tore me apart."

Tsitsipas admitted he had not played enough grasscourt tournaments coming into Wimbledon every year.

"I think I'm a player that can come to the net. I'm confident when it comes to serving and volleying, moving in," added Tsitsipas who did not play in any of the Wimbledon warm-up events this year.

"The surface has become slightly slower over the years, has been adapted more for baseline players, given the opportunity for good baseliners to dominate and do well on that surface.

"Right now I don't think I've had enough matches... I rely a lot on playing matches, getting confident through the process of winning. I haven't had that opportunity yet."

Tsitsipas plays American Frances Tiafoe in the first round on Monday.