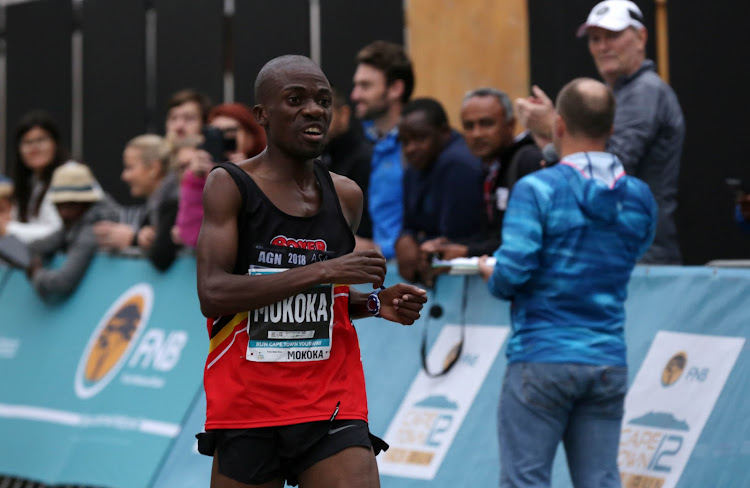 SA’s Stephen Mokoka stepped up to 50km in style on Sunday, running 2:40:13 to break the men’s world record for the distance at the Nedbank #Runified 50km in Gqeberha, World Athletics has reported.

The three-time Olympian has been running marathons for more than a decade but made history in his very first 50km event, a World Athletics Elite Label road race.

Mokoka followed the pacemaker through halfway in 1:21:02, breaking away after 30km with a 2:56 kilometre to put himself on world record schedule. He held that pace on the 10km loop course and ran his way solo to the finish line to win by almost four minutes.

Mokoka improved the inaugural world 50km record of 2:42:07 that had been set by Ethiopia’s Ketema Negasa at the same event last year.

“I’m tired,” Mokoka said with a smile in his post-race interview. “It’s a long way and I don’t know how I’m going to feel later, but I enjoyed it.”

Given the increasing popularity of 50km road races, the decision to add the distance to the list of events for which world records are recognised was made at the 225th World Athletics Council meeting in Tokyo in July.

That time had been the target for athletes in Sunday’s #Runified 50km but while it remained out of reach, Ethiopia’s Amelework Fikadu Bosho claimed a dominant women’s race win with her 3:04:58 performance.

The World Athletics website confirmed the record is subject to the usual ratification procedure.

Veteran runner Stephen Mokoka is hoping to beat his 33min 34sec personal best in what he’s expecting to be a quick Absa Cape Town 12K City Run on ...
Sport
7 months ago

SA’s last hope of a fourth medal at the Tokyo Olympic Games faded quietly when Stephen Mokoka quit a little past the halfway mark of the men’s ...
Sport
10 months ago