Was Haroon Lorgat the victim of CSA power struggle? 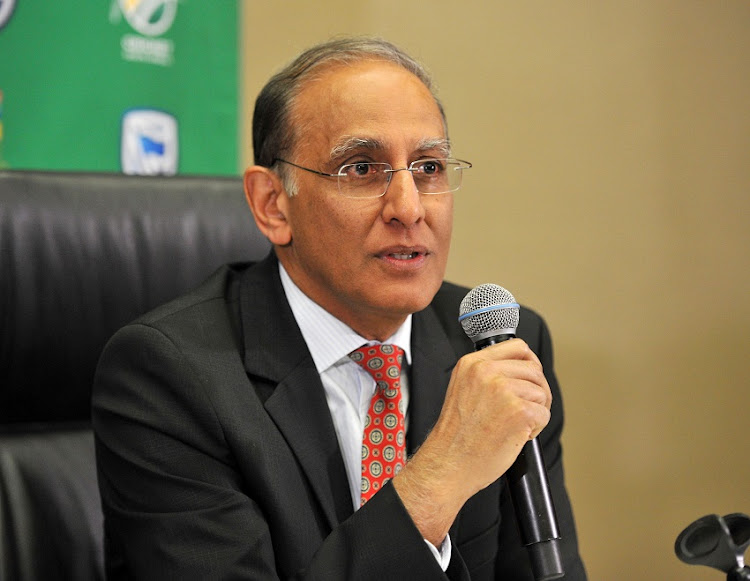 Haroon Lorgat has been cast as a victim of a power struggle within Cricket South Africa (CSA)‚ whose corridors are said to be fraught with fear‚ loathing and bitter division in the wake of his sacking as chief executive.

Lorgat and CSA parted ways amicably on Thursday‚ which has prompted conciliatory comments from the former employee as well as his former employers.

But‚ TimesLIVE has learnt‚ there is concern that the axe was if not wielded then set in motion by a close-knit group of administrators bent on ousting and replacing him from their ranks‚ or appointing an acolyte.

CSA vice-president Thabang Moroe will serve as acting chief executive with president Chris Nenzani expected to hold a press conference on the issue next week.

Asked how he was finding the job‚ Moroe said on Friday‚ “Difficult‚ given the circumstances that I came into it‚ and given what needs to be done to steer the ship back into the right direction and into calmer waters.”

He was‚ however‚ confident that CSA were “very capable” of doing so.

Moroe was reluctant to comment further: “I’d love nothing more than to give you facts but at the moment‚ given that we’re still in negotiations with [Lorgat] over his package‚ I can’t.”

More light‚ he said‚ would be shed at Nenzani’s press conference: “I hope that we can be as candid as we possibly can to clear the air.”

Lorgat and CSA’s chief financial officer‚ Nassei Appiah‚ are believed to have been at loggerheads for some time over claims that the professional arm of the organisation was not sufficiently racially transformed.

Haroon Lorgat came to Cricket South Africa (CSA) under a cloud‚ generated another almost immediately‚ and is leaving under still another.
Sport
4 years ago

Blacks are well-represented at CSA‚ but less so black African women while several senior positions are held by white men.

A grievance was launched in the last two months of 2016‚ and led to the appointment of Lindiwe Ndziba‚ a black African woman‚ as CSA’s company secretary.

But part of the resolution of the episode was that the board need to‚ a source said‚ “sit down with Nassei and point out where he went wrong and remedy that”.

The fallout of the saga‚ insiders say‚ was a breakdown of trust between Lorgat and Appiah — which led to the latter being excluded from important structures and decisions concerning the establishment of the T20 Global League (T20GL).

A source spoke of “a whole host of reasons that related to governance and decisions taken on behalf of the company” that had led to the board taking action against Lorgat.

At least some of those‚ it is believed‚ are tied to the T20GL‚ which is scheduled to be played in November and December. - TimesLIVE