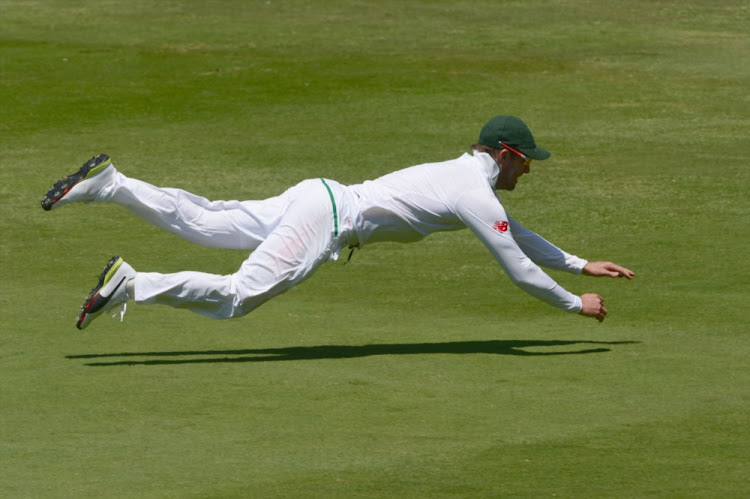 AB de Villiers of the Proteas during day 5 of the 2nd Sunfoil Test match between South Africa and India at SuperSport Park on January 17, 2018 in Pretoria.
Image: Lee Warren/Gallo Images

It's clear time away from the game has done AB de Villiers a universe of good and he would like nothing more than a whitewash of India.

It was the same Indian team captained by Virat Kohli that shot South Africa's batting confidence back in 2015 to a point where they relinquished a rare home series to England in what was a rare crisis of confidence.

South Africa have a 2-0 lead in the three-test series with the third test starting at the Wanderers on Wednesday.

However‚ South Africa have never beaten India in a Wanderers test and their first-ever defeat in South Africa to India was inflicted at the Illovo-based cauldron in 2006.

De Villiers is the only survivor of that game in both sides but reckons Virat Kohli's charges will have a point to prove after their 135-run second test reverse at the Wanderers that saw them relinquish any hopes they had of challenging for their first series win in South Africa.

“We would love to beat them 3-0 but you're never guaranteed of a result. We know we'll have to dig deep and make sure we adapt to the conditions like we did in the last two tests and find a way to play our best cricket in the specific conditions‚” De Villiers said.

“India have really impressed us and surprised us‚ especially from a bowling perspective. They've shown a lot more skill and definitely more pace than we expected.

“We know we have to be watchful in this last test because they're going to come out fighting and wanting to finish well in the test series ahead of the ODIs.”

De Villiers may not have matched Kohli's ton but his two half-centuries have been the difference between the sides.

De Villiers's 65 in the first innings of the first test in Cape Town and his measured second innings 80 at SuperSport Park played a crucial role in taking the game away from India and also reasserted his standing as one of the world's match-shaping batsmen. The fact that De Villiers hasn't scored a century is not a matter of concern.

“Quite a few guys played some good hands but Virat's innings in the first dig was very good. But I'm looking forward to the Wanderers. I hope there's more bounce and pace compared to the Centurion wicket but we really adapted well to the conditions and that's what we needed to do‚” De Villiers said.

“It's great to get centuries and it's the ultimate to go out there and perform. We've tried to do that over the past two matches but the wicket hasn't quite allowed for that.

“There's been some good bowling. I personally would have loved a hundred but I don't think that way. If I can contribute with a 50‚ 60 or 70 and it's good enough‚ I'll gladly take that and this last test was an example.”