How will SA and Pakistan sort out their teething problems ahead of Saturday's first ODI? 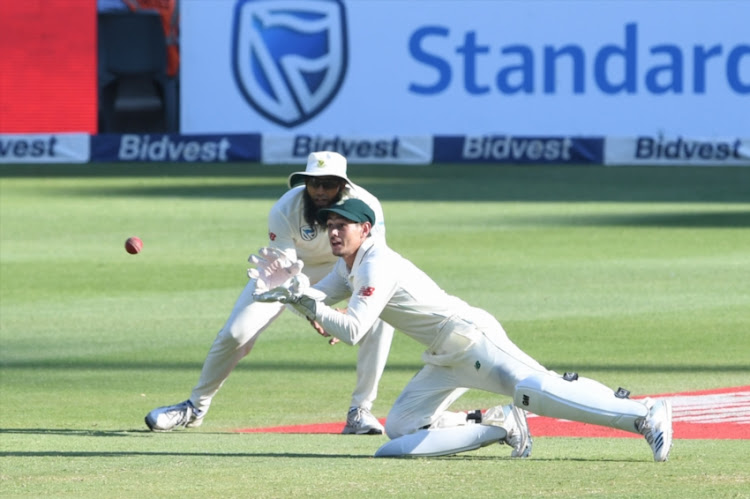 Quinton de Kock of the Proteas take the catch for the wicket of Azhar Ali of Pakistan during day 3 of the 3rd Castle Lager Test match between South Africa and Pakistan at Bidvest Wanderers Stadium on January 13, 2018 in Johannesburg, South Africa.
Image: Lee Warren/Gallo Images

Saturday's first ODI out of five between South Africa and Pakistan will be more than just about the results‚ but how the teams sort out their teething problems.

South Africa's problems can at times move from a minor pain to a major headache.

That's the filling of the AB de Villiers-sized void left by the star batsmen when he retired last year.

Adaptable Highveld Lions batsman Rassie van der Dussen is the next one off the conveyor belt in a attempt to find the near-perfect batsman who can not only absorb early pressure‚ but bat long and deep enough to ensure that the very same pressure is transferred to the bowling team while avoiding the middle-overs lull that's become the difference in ODI's in the past two years.

England‚ in particular‚ have shown that calculated and sustained aggression throughout the innings lays the platform for bowlers to attack for long periods while defending steep totals.

England though have the benefit of Eoin Morgan and Joe Root to catalyse their middle over sessions when teams try to rifle through their overs. De Villiers did this well but on his own and this is where the likes of Reeza Hendricks‚ Faf du Plessis and van der Dussen have to spearhead South Africa's batting effort.

Pakistan have a similar headache‚ even though they won't be contending with the spicy Test pitches that led to their downfall.

Babar Azam's their best multi-faceted batsman while Mohammad Hafeez is expected to add the missing bit of top-order solidity that was sorely missing in the Test series.

While there's clarity in terms of the roles for Azam‚ Hafeez‚ Shoaib Malik and the combustible Fakhar Zaman‚ question marks still remain on how best Pakistan's middle-order functions and who bats where.

Late order acceleration has also been a problem for Mickey Arthur's side but how they achieve that against South Africa's good bowling unit will be another question.

However‚ five matches (10 in SA's case with the Sri Lanka series to come in March)‚ provide the perfect stage for questions to be answered.

One of those is SA's ability to deal with quality spin. After last year's batting debacle against India‚ there has to be tangible improvement that will inspire confidence.

It was an inexperienced batting line-up that Kuldeep Yadav and Yuzvendra Chahal took care of but with Hashim Amla and Du Plessis in reasonable form after the Test series‚ the onus will be on this senior trio plus David Miller to lead the way should spin be a focal point in this series.

Quinton de Kock and Dale Steyn have been rested for the two coastal ODI's and have been replaced by Aiden Markram and Duanne Olivier.

The World Cup preparation show will move from Port Elizabeth on Saturday to Durban on Tuesday.