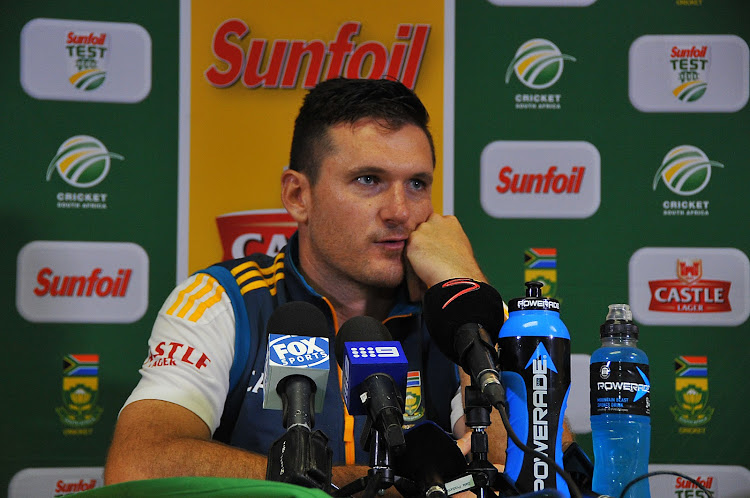 Faul said Smith involvement with the Indian Premier League‚ which has also been affected by the global Novel coronavirus (Covid-19) pandemic‚ was not going to affect his employment at Cricket SA.

Smith had taken on the director of cricket job on a part-time basis as he also had IPL commentary duties that were going to eat into his time. The IPL was supposed to start on March 29 but it has been pushed back to April 15.

“We’re in final negotiations with Graeme Smith and we’re looking to make a decision next week. I don’t think the Indian Premier League has an influence in any way.

"There are other considerations‚ but we’re at an advanced stage of the negotiations. Hopefully‚ we can make an announcement next week‚” Faul said.

“We can confirm that there’ll be an MSL edition in 2020‚ but we still have to sign the final contracts. We can’t give too much detail from that perspective though‚” Faul said.

Faul also said he couldn’t comment on whether he was going to take up the CEO position on a full-time basis as it would raise ethical question marks. CSA’s full-time CEO Thabang Moroe was suspended in December pending an investigation.

“As long as the current chief executive officer position hasn’t been solved‚ anything that indicates that I’m the permanent CEO or even look to be the permanent CEO can be interpreted as constructive dismissal‚” Faul said.

“I’ve put up my hand and I’m still helping. We’ve also been negotiating with a title sponsor to take over from Standard Bank and at this stage‚ they’re not coming back.

With the domestic system remaining with six franchise teams‚ albeit with lesser matches in the Four-Day Franchise Series and the Momentum 1-Day Cup‚ Faul said the steering committee chaired by former Proteas wicketkeeper and former International Cricket Council CEO David Richardson will complete its work in June.

“The final recommendations haven’t been done. They’ll only be completed in June. The committee had to deal with the very next season. As we announced‚ there would be lesser matches while the teams remained the same‚” Faul said.

“The member’s council rescinded its decision in terms of moving back to the 12 teams. Post this season‚ the committee is still consulting with various stakeholders. They haven’t come up with a full post-2021 plan.”