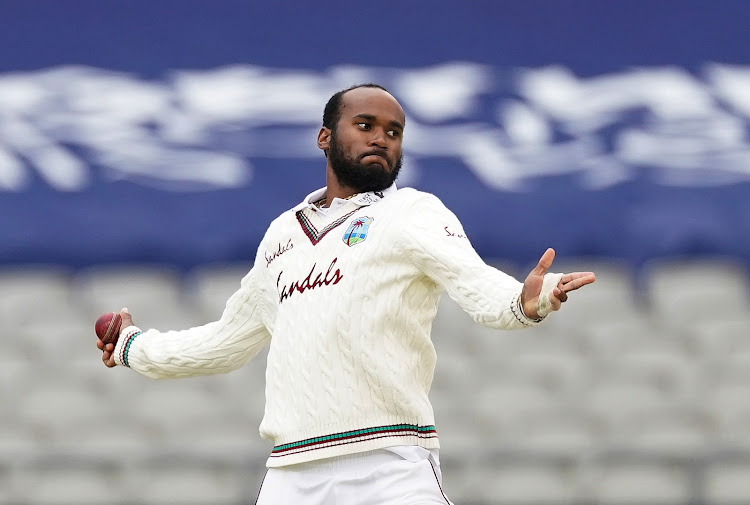 "We didn’t do our job as batsmen and we let the team down,” West indies captain Kraigg Brathwaite said.
Image: Jon Super/Pool via REUTERS

West Indies captain Kraigg Brathwaite called on himself and his fellow batsmen to show more fight in their next Test series after his team were comfortably beaten by SA in Saint Lucia on Tuesday.

SA won the second Test by 148 runs on Monday to complete a 2-0 sweep after victory by an innings and 63 runs in the first.

Both matches were played at the Daren Sammy Cricket Ground, where West Indies failed to score more than 165 runs in any of their four innings.

“Our plan was to bat better and build partnerships, have consistent partnership in between but we didn’t have any. We didn’t do our job as batsmen and we let the team down,” Brathwaite said on Tuesday.

“You cannot win them all but you still want to show fight and determination as batters, which we didn’t.”

Roston Chase, with 62 in the first Test, and Kieran Powell, with 51 in the second, were the only Windies players to score half centuries.

West Indies host Pakistan in two Tests in Jamaica in August. In between, they have limited overs series against SA and Australia.

“We’ve got to come back (against Pakistan), although it will be a tough one,” Brathwaite told a news conference.

“It is still a learning process with a lot of young guys in the team. The main thing is batting. We were magnificent in the field, in taking catches and our bowling unit. We’ve got time now to buckle down and work on being more consistent.”

SA’s Quinton de Kock fell four runs short of successive centuries but the tourists took charge of the second and final test against West Indies by ...
Sport
3 months ago

Explosive Proteas batsman Quinton de Kock has revealed that he was not mentally tired of cricket because of the Test captaincy when he asked for a ...
Sport
4 months ago

SA fast bowler Kagiso Rabada took five wickets as the tourists cruised to victory over West Indies by an innings and 63 runs before lunch on day ...
Sport
4 months ago