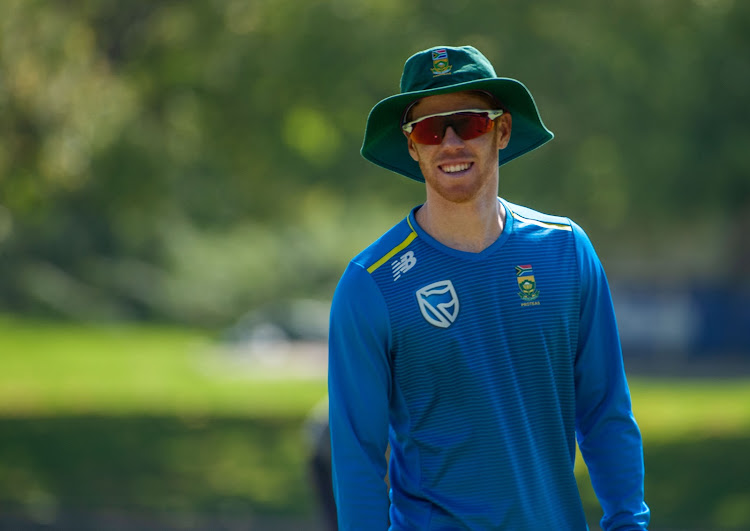 With some of the top and middle order batters rested, Kyle Verreynne is planning to use the three-match series against the Netherlands to impress the selectors and coach Mark Boucher.

The South Africans face the less fancied Netherlands in the first match at SuperSport Park on Friday with Verreynne expected to play an important role with both the bat and the gloves.

As they stepped up preparations for the match in Centurion, Verreynne said the absence of regular captain Temba Bavuma, Aiden Markram, Quinton de Kock and Rassie van der Dussen is a welcome opportunity for fringe players.

“Fortunately, they are resting some of the big boys, if you want to put it that way, and it gives the likes of myself an opportunity to hopefully stake a claim,” he said, adding competition for places is good for the team.

“Just to get a call-up, you have to put up a lot of good performances domestically. Once you are in the set-up, to get some sort of a permanent spot is challenging and that is the good thing about it.

The series is part of the ICC Men's Cricket World Cup Super League, which is the qualification process for the 2023 World Cup, and there are 30 points at stake against the Dutch.

“With the points for the World Cup qualification up for grabs, any series is important, no matter who you are playing against. It is quite easy to get yourself psyched up understanding the importance of the series.

“We don’t see the Netherlands as weak opposition. You saw with Ireland, a so-called weaker team, who beat us convincingly not so long ago.

“We are definitely not going to sit back and think it is going to be an easy task, especially with points up for grabs for qualification for the 2023 World Cup. Any series you play is really important.”

Next month, India will be in the country for three Tests and ODIs and four T20s, and Verreynne is aware that good performances against the Netherlands will be rewarded.

“If you make an impression in a series like this against the Netherlands, automatically the coach and selectors will sort of look at you a bit harder. Every time you get an opportunity to play, you also have your eye on the 2023 World Cup.

“This series for me is a good platform to get consistency and put performances together. If I am fortunate to play, it will be to show what I am about.

“Hopefully I get some consistent game time to cement my place, if not in the starting line-up or as a permanent squad member for the next few  series.”

Verreynne said he has an idea of the composition of the Netherlands after watching them during the ICC T20 World Cup.

“It is pretty much the similar team they had at the World Cup, so for someone like myself who wasn’t there I watched them a bit and I sort of have a gauge of what we will be up against.

“There are guys like Roelof van der Merwe who I played with at SA U19 level and Collin Ackermann who I played a bit against on the domestic front.

“There are one or two familiar faces in their team but having watched them during the World Cup gave me an opportunity to know what we are going to come up against.”