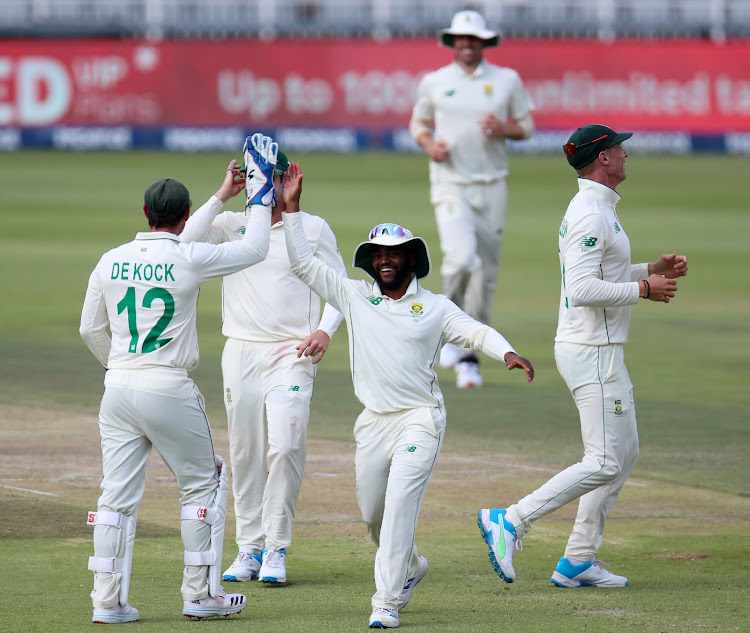 Proteas players will be in another bio bubble during the high profile series against India later this month.
Image: Muzi Ntombela/BackpagePix

In a bid to ensure the incoming and money-spinning tour by India goes ahead later this month, Cricket SA (CSA) have reiterated their capability to institute a biologically safe environment (BSE) of the highest standard.

India are scheduled to play three Tests, three ODIs and four T20s in SA, starting with the first Test at the Wanderers in Johannesburg on December 17 and run until the fourth T20 match on January 26 at Boland Park in Paarl.

The discovery of the new Covid-19 variant in the country has left the marquee tour in doubt, but CSA acting chief executive Pholetsi Moseki said the powerful Board of Control for Cricket in India (BCCI) remain committed to it.

On Wednesday morning CSA said over the past year or so the Proteas men’s team has been part of no less than eight international cricket BSE’s.

They include home tours against England, Sri Lanka, Pakistan and the Netherlands and away tours to Pakistan, West Indies, Ireland, Sri Lanka and the ICC T20 World Cup in the United Arab Emirates and Oman.

“Our main focus was to safeguard the cricket biosphere by managing strict entry standards and limited movement outside its cordon.”

Manjra emphasised their bio bubbles have met the highest standards set by national government, and CSA is continuously looking at ensuring their management is second to none in the world.

“What we have implemented at our BSE is a cordon sanitaire which offers full and continuous protection to all individuals who respect and abide by our very demanding guidelines and rules.”

“Playing cricket in a BSE was a massive challenge for everyone involved in the game,” said Proteas white-ball captain Temba Bavuma.

“Everything changed, from the length of our stays in hotels to how we train and play. We weren’t even allowed to high five or hug each other when we celebrated wickets.

“CSA has to be commended for the way they have gone about the BSEs.

“It hasn’t been an easy year for us all. Being confined to a hotel room and being restricted from leaving the hotel and having the choice – in most places away from home – between your room and the team room and little access outside the hotel takes its toll, particularly for the all-format playing members of the team and management.

“I’m confident our BSEs are of the highest safety standards and the protocols are set with everyone’s physical well-being and mental health in mind,” Bavuma said.

Proteas Test captain, Dean Elgar said: “It’s hard to believe we’ve been working in these BSE conditions for a year now, but anyone who has been affected, either directly or indirectly by the Covid-19 virus, knows  this is a necessity if we want to continue playing cricket.

“It takes a toll on a player mentally and yet this team continues to produce good results and make progress. That’s something I don’t think is being spoken about enough.

“The measures t put in place and the hotels chosen take into account the teams’ physical and mental health needs. We don’t know how much longer we’ll be operating like this, but it’s gratifying to know that when tours come around, the health and safety of all involved is top priority.”

CSA board chairperson Lawson Naidoo commended the resilience and fortitude of the Proteas.

“The Proteas have endured difficult BSE conditions occasioned by the Covid-19 pandemic. Yet their hunger to play the game and represent their country triumphed over all the discomfort. CSA is proud to have athletes of this calibre, those who are readily prepared to put the sport first. We thank the Proteas for their exemplary zeal and appreciate their sacrifices.”