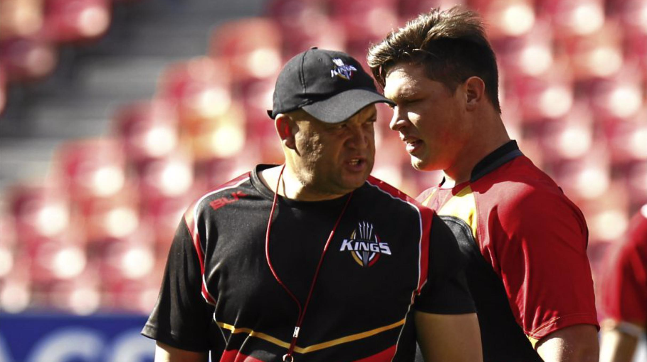 The Southern Kings and Cheetahs, by the quirk of Super Rugby's draw, which is calculated at great cost by a Canadian company, have inevitably been pitted together in their final matches of the season.

When the draw was conducted no one knew that it would be both teams' final fling in Super Rugby because the two have been culled from the tournament.

Friday's clash at Nelson Mandela Bay is farewell to both teams.

Or is it the start of a new rivalry? They have not been cast off without an alternative. They will feature in the northern hemisphere's Pro 12 tournament next year, which will provide enough broadcast income to sustain both franchises.

The Kings, after some stirring performances this season, which included an historic win over the Bulls at Loftus last week, are going out of Super Rugby with a bang.

They have won six games this season, tripling the amount they won last year, to underline how they have grown as a team.

But the Cheetahs have played like a team heading to the gallows for most of the season. Their exit from Super Rugby has been with a whimper.

Of the two, the Kings can feel most aggrieved by their exit, considering their trajectory has been upward this season. They have the foundation of a good team with underrated coaching staff.

Cloete will join Munster next season and Cronje, once seen as a future Bok before injuries and personal issues took him off track, has played so well he started for South Africa A against the French Barbarians last month.

Coach Deon Davids has also unearthed some fine talent such as wings Yaw Penxe and Makazole Mapimpi and South Africa A No8 Andile Ntsila.

A large part of the Kings' success is that they have embraced the change, rather than moping.

"It has been a roller-coaster ride for a number of seasons, but there is now a clear way forward for rugby in the Eastern Cape to build on the foundations that have been laid - particularly in the past season," Eastern Province Rugby Union president Andre Rademan said.

"We have enjoyed Super Rugby, but the chance to test ourselves against different opposition in different conditions is a mouthwatering one."

Much has been made of the ejections from Super Rugby, but in the long run playing in a less taxing tournament, in terms of travel and to a lesser extent depth of opposition strength, is positive.

The Cheetahs have a fine coach in Franco Smith, who has shown his value as the Boks' attacking coach.

But the franchise itself has become so bogged down in Super Rugby mediocrity that a change of tournament could just be the boost it needs.

As a standalone franchise since 2006 - when the Cats were unbundled - the Cheetahs have won a meagre 53 of 175 Super Rugby matches, or 30.3%, and they have suffered 119 defeats with three draws.

They have only reached the play-offs once - in 2013 - and only managed nine wins outside of South Africa in 41 games.

They have underperformed and with each passing year the desperation to be better has inevitably led to more pressure and more failure.

Playing in the northern hemisphere, in a new tournament, must be taken as an opportunity to start with clean slate and drop Super Rugby's mental baggage.