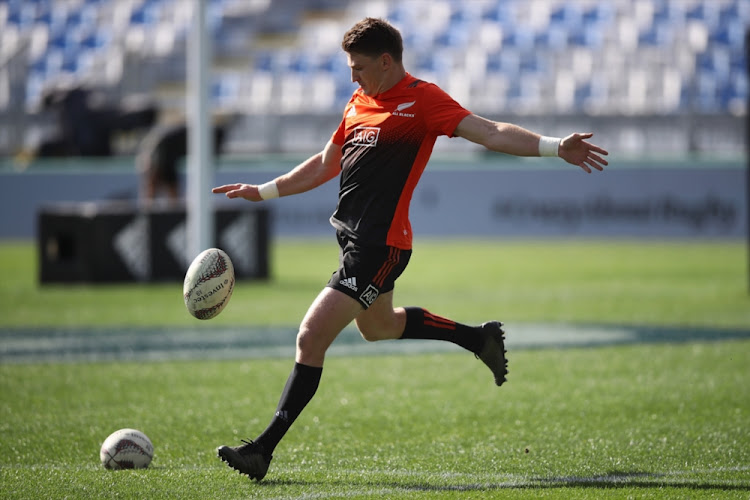 Flyhalf Beauden Barrett will captain a second-string New Zealand side when they take on the Barbarians at Twickenham on Saturday in the opening game of a five-match European tour, according to coach Steve Hansen.

Hooker Asafo Aumua, prop Tim Perry and wing Matt Duffie have been named to the All Blacks side for the first time, with all three starting on the bench.

"It's very rare that we get the chance to play a non-Test match in the modern era and it's given us the chance to give our full squad an opportunity to stake claims for future matches and gain valuable big-match experience," said Hansen.

Barrett takes over the captaincy from Kieran Read, who will join up with the touring party ahead of the Test against France in Paris on November 11.

The 20-year-old Aumua has made a swift rise up from the junior ranks, while loosehead Perry, 29, gets his reward for his form at the Crusaders as the All Blacks tour without Owen Franks and Joe Moody.

Duffie, 27, completes a remarkable comeback from injury, having been through eight surgeries and two major knee ligament ruptures by the time he was 24 years old.