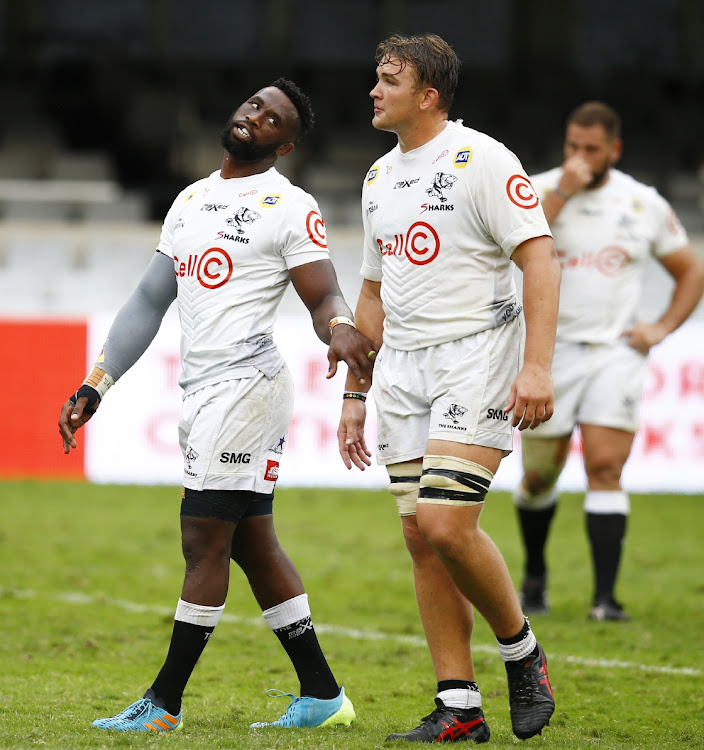 Siya Kolisi is settling in well with the Sharks.
Image: Steve Haag

The Springbok selectors will be walking with a spring in their step today after Sharks coach Sean Everitt declared that Siya Kolisi is almost back to his best.

Everitt said the Boks captain‚ who has featured in all four matches for the Sharks in the Rainbow Cup SA tournament‚ is getting better as the international season looms large on the horizon.

The Springboks have a busy programme in the coming months with matches against Georgia‚ the British and Irish Lions‚ the Rugby Championship and the end-of-year tour to Europe‚ where Kolisi is going to be vital for coach Jacques Nienaber.

“Earlier in the year it was a concern that Siya was not playing that well and was injured‚ but he has got over his injury now and I think he’s almost back to his best‚” said Everitt.

The Sharks coach is a content man after Kolisi gave a storming performance for the Sharks in their narrow 25-22 loss to the Stormers on Saturday.

“Siya was really good against the Stormers‚” he said.

“He got two steals on the field and had two big moments in a row in the build-up to Yaw Penxe’s try.

“I thought he was really good and I have said to you guys before that he is getting better and better. I am just so happy that he put in such a really good performance and deserves it‚ because he has worked extremely hard.”

The Springbok players are attending another alignment camp with Nienaber and his assistant coaches this week‚ and Everitt said South Africa is in a good place as most of the top players have been playing regularly.

“The Word Cup players have just got better and better.

“Here at the Sharks we just got Makazole Mapimpi back and he looks in really good shape‚ and he wants to get back on the field. He is a guy who many people have not spoken about and that’s probably because we haven’t seen him play.

“Lukhanyo Am had a good game against the Stormers‚ I think Jaden Hendrikse has put his hand up and Siya has just got better and better‚ and that is good for South African rugby.”

Due to the Springbok selections‚ Everitt is going to miss key players in the coming months‚ but he said there is enough depth at the Shark Tank for them to cope in the Currie Cup.

“If we lose a large number of players due to the Springboks selections‚ we will have to rely on the balance of our squad to take us through in the Currie Cup.

“It’s a good opportunity for us as coaches to work with the other group closely and make sure that when the Currie Cup starts in about three to four weeks time we are ready to rock and roll.”

Handre Pollard will likely take command in the series against the British & Irish Lions of a position he occupied with authority the last time the ...
Sport
1 year ago

Argentina will be the opponents when the Springboks break their Rugby Championship hiatus in August.
Sport
1 year ago

Tim Swiel put away a late penalty to earn the Stormers the much needed 25-22 Rainbow Cup SA win over the Sharks under the light rain at Kings Park ...
Sport
1 year ago