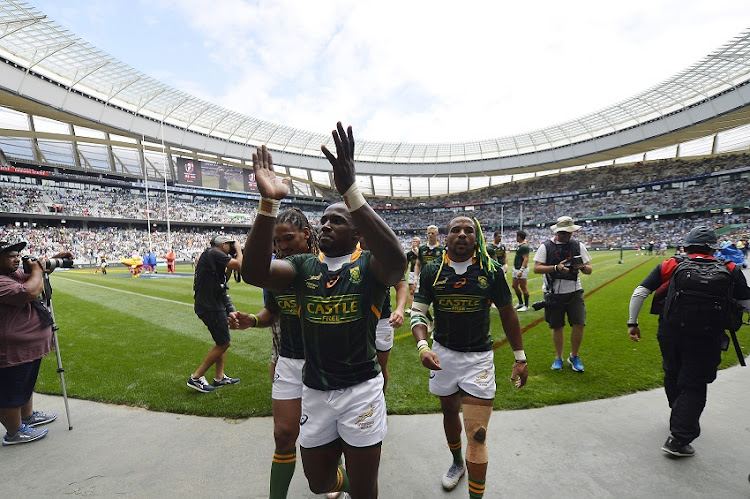 World Rugby and SA Rugby on Friday announced that the Cape Town leg of the HSBC World Rugby Sevens Series, which was scheduled for December, has been called off due to ongoing challenges caused by the Covid-19 pandemic.

World Rugby also confirmed that the tournament in Singapore that was planned for October 29 and 30 has been cancelled.

“We highly regret that we had to cancel the Cape Town Sevens for a second successive season, but unfortunately the situation with the pandemic has made it impossible for us to stage the world-class event we’ve become used to in recent years,” said SA Rugby CEO Jurie Roux.

“There were simply too many insurmountable challenges, in the ever-changing environment we are operating in, to allow us to predictably plan for an event of this magnitude.

“Due to Covid travel restrictions, several major teams had already indicated that they would not be able to travel to Cape Town in December, which further complicated our planning.

“In conjunction with World Rugby, we had no other choice than to take this very disappointing but necessary decision, with the health and welfare of players, fans and the wider public as top priority. However, we are hard at work to deliver a world-class Rugby World Cup Sevens in September next year.”

The Blitzboks became Team SA’s latest high-profile casualty when they were eliminated from the medal hunt at the Tokyo Games on Tuesday.
Sport
5 months ago

As a result of the cancellation of the two tournaments, the World Series will now look slightly different for the 2021 season.

The series will still kick off with the HSBC Canada Sevens men’s events, alongside the women’s fast four tournaments in Vancouver and Edmonton in September.

Dubai will now host a pair of men’s and women’s combined events. The Emirates Dubai 7s will host a behind-closed-doors round on November 26 and 27, followed by a second event on December 3 and 4, with fans in attendance at The Sevens Stadium.

A busy and exciting year is already in the planning for 2022, with the HSBC World Rugby Sevens Series, which will be announced later this month, followed by the Commonwealth Games in Birmingham in July, and concluding with the Rugby World Cup Sevens in Cape Town on September 9-11.

Following constructive discussions, it has been agreed that Sydney, Australia and Hamilton, New Zealand, will not be part of the schedule in 2022 due to the travel and logistical challenges associated with the pandemic in this region.

Given the unique circumstances, there will be no relegation from the 2021 Series and the results will not contribute towards seedings for any future events.

Dirty tactics? Aussies make Boks clean their own rooms, but they’re bok for it

The teams are in quarantine in Oz, but they’re coping, with SA in earnest training for their clash against the hosts
Sport
4 months ago

“We now look ahead to the return of the HSBC World Rugby Sevens Series, with the upcoming events in Canada and what promises to be a very busy and exciting year for the sport in 2022 with the series, which will kick off in Dubai, followed by the Commonwealth Games in Birmingham and climaxing with Rugby World Cup Sevens in Cape Town.

“The truly global nature of the series has made it difficult to plan with certainty in this uniquely challenging time, as travel restrictions associated with the Covid-19 pandemic continue to present a challenge to all stakeholders.

“Together with the host organisers, we are disappointed not to be able to deliver the planned series events in Singapore and Cape Town this year, however we look forward to bringing the joy and spirit of rugby sevens back to both cities in 2022.

“We are thankful for the strong spirit of collaboration from HSBC and all our partners. World Rugby is making good progress working with a range of stakeholders to help define the longer term direction for the series and we are confident this will provide a platform for the continued global growth of the game to build on what we know will be very exciting year in 2022.”