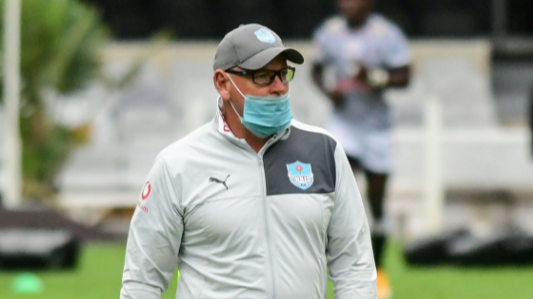 The Bulls were always going to be in for a baptism of fire on their United Rugby Championship (URC) debut away to Leinster in Dublin.

The South African blue bloods met more than their match in their Irish peers and ultimately succumbed 31-3.

Leinster, who were more assertive and quicker on the draw, held a 17-3 at the break.

The venerated hosts stole the march on the Bulls and looked a real force as they frenziedly surged forward in numbers in the opening stages. They were particularly proficient at the ruck and with the surfeit go-forward ball they had the Bulls' defence stretched.

Gary Ringrose was incisive in his midfield thrusts, while flankers Josh van der Flier and Rhys Ruddock displayed a wide range of influence.

The hosts proved equally adept without the ball as they repelled all the Bulls advances in the second quarter of the match.

Bulls too passive in opening minutes

The Bulls, initially passive, made uncharacteristic unforced errors, no more evident than a botched kickoff that travelled straight into touch.

Apart from revisionary work on their set pieces that were put to the blowtorch, the Bulls will also need to develop their attack. Leinster made four times the number of metres the visitors did.

The Bulls defence was found wanting in Van der Flyer's try and not long after they came up short under the high ball that led to a try for loosehead prop Andrew Porter.

That helped shoot the home team into a 17-0 lead after 14 minutes and the Bulls will ruefully reflect on the first quarter.

Despite the toil of Marcell Coetzee, Ruhan Nortje and the occasionally sprightly incursions of Madosh Tambwe and Kriel, the Bulls had little to crow about.

Leinster displayed all the bloody-minded qualities that helped propel them to four European Champions Cup titles. They revel in the trenches and while the Bulls threw everything at them for close quarters the Leinster defensive line held firm.

The Bulls did the same after the break as they grimly tried to hold on but they eventually ran out of belligerence.

Like the travelling Lions and the Stormers earlier in round one, the Bulls too faded in the second half.

The Bulls came, saw and though they didn't conquer they'll be richer for the experience.

Earlier in the day the Stormers relinquished their mid-game advantage before losing 22-18 to Benetton in Treviso.

Skinstad: In the URC SA teams will need to try and try again

The Emirates Lions has unveiled their new kit sponsor ahead of their much-anticipated inaugural United Rugby Championship (URC) tournament match as ...
Sport
10 months ago