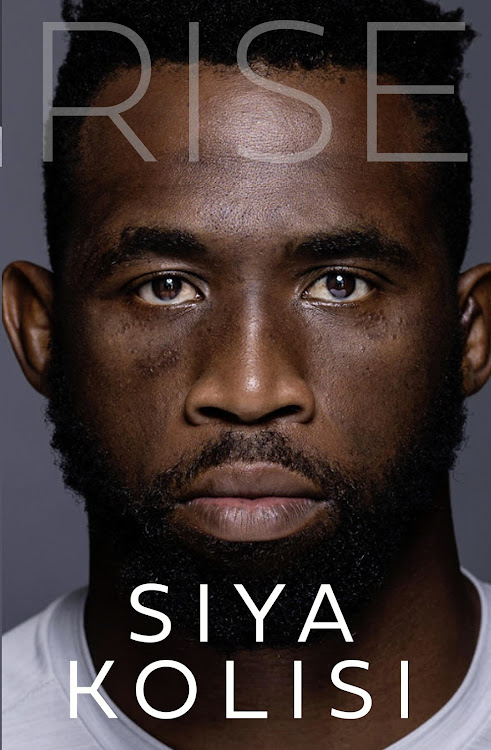 “I had never been so scared in a rugby game before,” revealed Springbok captain Siya Kolisi about the blow he received to the back of the neck in last weekend's Rugby Championship clash against the All Blacks in Gold Coast.

Kolisi received the blow after a breakdown that rendered him motionless. For a little while there was great concern for the Bok captain.

“I was so shocked and freaking out. I thought it was my whole body,” said Kolisi at a sponsors' gathering which also celebrated the launch of his book at the Cape Town Stadium.

“I think it was someone's knee in my neck,” he said, although he is a little sketchy on the details. “I don't know where I got hit. I got hit, fell and my body was just in shock. The doc was asking me questions. He touched me but I'm claustrophobic so I felt uncomfortable and couldn't breathe. Already I was lying in an open position."

Kolisi said after a minute or so he felt better. “They checked me and I went for scans. Everything was fine but in that moment it was tough. It was worse for the family at home.”

He said his wife Rachel had expressed her concern in a text message he received after the game.

Kolisi also found time after the Springboks' dramatic 31-29 victory to engage with fans. The moment he handed his boots to a young admirer went viral on social media.

“We all have heroes or people we look up to,” noted Kolisi. “In moments like that you need to think of yourself when you were on the other side. For me it is just boots. I have a sponsor in Adidas who just gives me boots. If I asked someone for something in a similar situation and they said 'no', it would have dented me as a kid. It is just a small gesture. It made him happy and it made me happy.”

The Springboks, who have been confined to hotel life since June, are finally spending time with their respective families but they have only two weeks before they reassemble before starting preparations for the end of year tour to Wales, Scotland and England.

“I'm looking forward to chilling,” said Kolisi. “Taking the children to school. My daughter was very happy when I took her. Next week we are going to the bush. It is my favourite place to go to.”

Book rises to the occasion

His autobiography, Rise, has hit the shelves and has already shot up the best sellers' list.

“It is not just about the challenges,” he said of the book. “It is also the good stuff that I have learnt. It's the journey as well.”

He said it is also aimed at young men and women. “With success comes a lot of temptations. People don't tell you about that. I also just wanted to share how amazing this country is.”

The title is inspired by Siya’s mother — Phakama — which translates to the book’s name, as well as a celebration of his Xhosa heritage.

The Bok captain said 60% of the book's proceeds will go to the Kolisi Foundation.

Tale of two coaches: we’re not yet where we want to be, says Bok coach Nienaber

New Zealand coach Ian Foster said he has more immediate concerns than the next Rugby World Cup but believes his All Blacks have learned lessons from ...
Sport
3 weeks ago

Sharks utility back Curwin Bosch has not given up hope of returning to the Springboks, even though the flyhalf and fullback positions are now fully ...
Sport
3 weeks ago