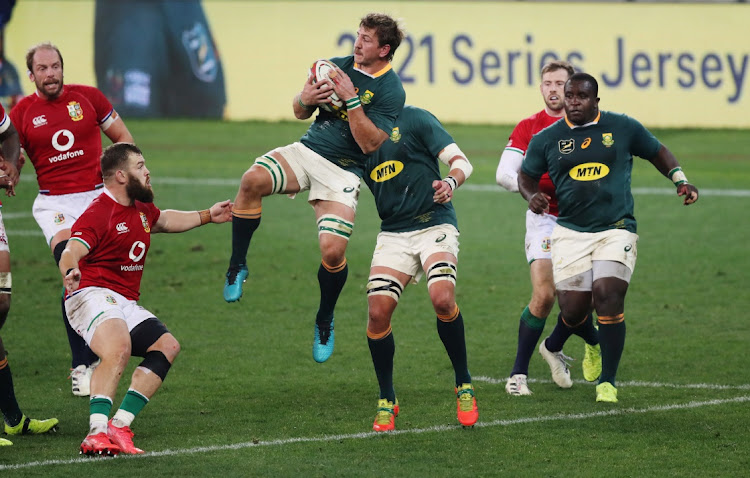 South Africa loose-forward Kwagga Smith says they are braced for a backlash from Wales, Scotland and England as the home nations’ British & Irish Lions players harbour regrets over their 2-1 series defeat by the Springboks earlier this year.

The Springboks play the three teams on consecutive Saturdays in their autumn international series, starting this weekend in Cardiff, and Smith believes the controversial Lions tour will add extra spice to the contests.

"It feels like a long time ago," he told reporters on Monday.

"The conditions are different up here (in the northern hemisphere) and we know it is going to be a battle every game.

"We are just trying to focus game-by-game, but we know they will come out with some regret over what happened in the Lions series."

One of those wounded Lions is Wales captain Alun Wyn Jones, who had a recurrence of a shoulder injury in Saturday’s 54-16 defeat by New Zealand and is a doubt to face the Boks.

"It’s (potentially) a big loss for Wales, but you never know, it might be something small that means he will be ready for the weekend," Smith said.

"But there are guys that can step up in his place and they have a lot of leaders there who can fill his role."

After spending almost six months in a bio-bubble, the Boks have been enjoying the freedom of France in the build-up to the series, which included taking in Paris St Germain’s win over Lille in French soccer's Ligue 1 on Friday.

Smith believes being out of the bubble environment will be a major mental boost to the team.

"We are still making sure we do all our Covid-19 protocols, but it is great not to be bubbled in."

SA Rugby on Thursday released the starting team, which was chosen by fans of the domestic Currie Cup teams, to play in the Carling Champions Match ...
Sport
6 months ago

Boks in pursuit of performance

Boks' chins up after rigours Down Under

The feel-good factor from beating the All Blacks in their last match is something the Springboks will gladly draw from on their end-of-year tour to ...
Sport
6 months ago