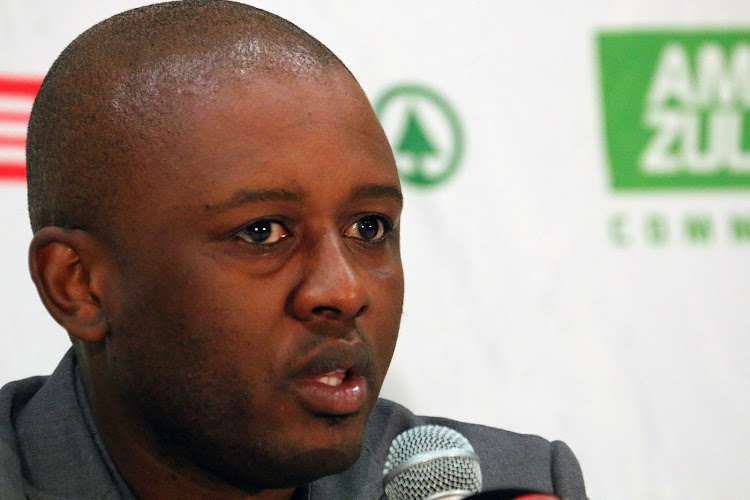 AmaZulu are hopeful that they have ticked all the boxes required for their deal to buy the top flight status of Thanda Royal Zulu to be passed by the Premier Soccer League.

Usuthu general manager Lunga Sokhela told TMG Digital on Thursday that financial terms between his club and newly-promoted Thanda Royal Zulu have been agreed up.

“Yes‚ all the terms between us and Thanda have been agreed‚” he said.

Sokhela confirmed that the transaction now just needs the approval of the PSL.

This is basically the same stage that the Durban team reached trying to buy the PSL franchise of Mpumalanga Black Aces last off-season‚ but the deal was scuppered because it did not fall into rules in the league’s constitution.

AmaZulu will return to the Premier Division through their financial muscle and Thanda Royal Zulu’s desperation.But that deal is subject to the ...
Sport
5 years ago

The complication that time arose because the deal was structured in a swap manner‚ with National First Division AmaZulu taking over Aces’ PSL status‚ and vice versa.

Sokhela said the deal to buy Thanda has been structured in a manner that AmaZulu believe will not fall foul of PSL regulations. It is put together as an outright sale‚ he said‚ rather than a swap arrangement.

“Look‚ I mean there are a whole lot of other factors that have changed. The deal has just been structured in a different way (from AmaZulu’s failed attempt to buy Aces)‚” Sokhela said.

“And it’s not necessarily by us directly‚ as was the case with the Black Aces deal. There are different parties involved here in this deal. So it’s structured differently altogether.

KwaZulu-Natal soccer bosses are eager to use their chequebooks to parachute their teams to the premier division.AmaZulu are looking to return to the ...
Sport
5 years ago

“It’s not swapping that we want to do in this transaction. That’s not allowed by the law.

“That was the stumbling block with the Aces deal.

“This time it’s structured differently. It involves a straight acquisition – nothing complicated.”

Sokhela said AmaZulu are more than confident the deal will be passed.

“Well‚ we’re hoping so. You always do these things confidently‚” he said.

“We’ve done our best to try and make sure that we comply with the rules. And we hope that we have done it correctly.

“That’s what the league will do. They will pull up a set of rules and ensure that we have stuck to those. And they will approve or disapprove on purely that.”

Sokhela has said he is hopeful of an outcome from the PSL by Wednesday.

AmaZulu might appear to have time on their side ahead of the start to next season in August.

However the club will hope for a speedy response from the PSL so they can get busy putting together a competitive PSL squad.

“This is the time when you should be doing work in the transfer market now‚” Sokhela said.

“You don’t want to find yourself in trouble. Come the beginning of the season‚ you’re not prepared‚ and don’t have a squad‚ and are already on the back foot.”

Thanda were promoted to the PSL as NFD champions. AmaZulu‚ relegated from the top-flight in 2014-15‚ finished in fifth place in the NFD in the past season‚ outside the second and third places that qualify for the promotion-relegation playoffs.