'We are challenging for PSL and CAF' 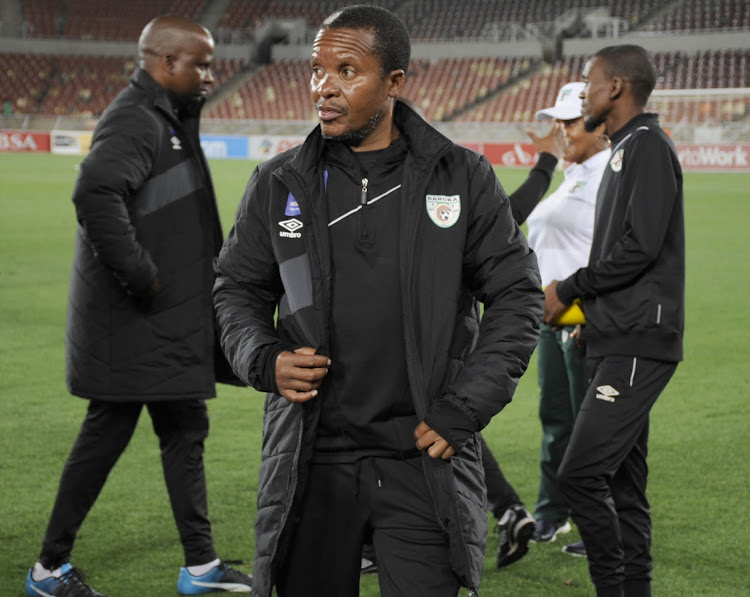 His many critics will no doubt be rolling in the aisles but Baroka FC coach Kgoloko Thobejane maintains he now has his sights set on winning the CAF Champions League and the domestic title next season.

Thobejane is no stranger to proclaiming all manner of unrealistic expectations. After the club retained their Absa Premiership status following a 1-1 draw with Black Leopards at Thohoyandou Stadium on Saturday, the former primary school teacher was in his element.

"We are ready for the PSL, preparations as usual," he said yesterday afternoon. "We don't have anything special to say. This is our second season in the PSL.

"You can't avoid a situation in football.if you lose in football you have lost.

"We have a brilliant squad, genius. [We need] maybe one, two or three players if the management deem it fit."

Baroka escaped relegation after finishing the season second from the bottom and then they went into the three-team promotion/relegation playoffs with Leopards and Stellenbosch FC.

But the scare does not seem to have bothered Thobejane too much and he has certainly not toned down his penchant for making outlandish predictions.

He said yesterday that not only would Baroka challenge for the continental and domestic titles, he would pull off the feat while using the majority of the players who just helped the Limpopo side survive relegation. The eccentric mentor said he would resist the urge to dip into the transfer market and would make minimal changes to his squad.

"Sometimes as a coach you must not get yourself into this thing of signing, signing and signing everyone," he said.

"If they [club management] involve you, you can tell them [which players you want]. If they don't involve you and come with a player then I [will] look at him. But [for] now one, two or three players are enough for Baroka. We have a brilliant squad and we don't want to change anything."

Thobejane said escaping relegation had cemented his name in the PSL history books and he would continue to set records next season.

"Baroka is here to stay, 100 years to come, whether Khurishi Mphahlele [club chairman] or I are dead or alive Baroka will be here."